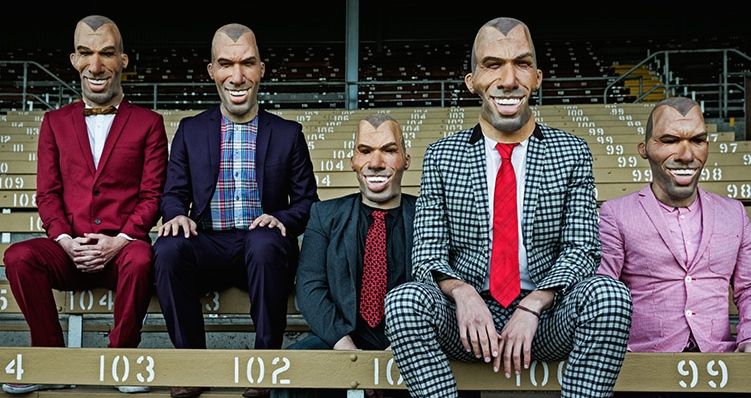 Back in 2014, just in time for the World Cup in Brazil, Melbourne group, Vaudeville Smash, teamed up with legendary commentator, Les Murray, to create an anthem to honour the greatest French footballer of all time, ‘Zinedine Zidane’. The song received worldwide success, amassing 4 million hits on Youtube.

To celebrate Euro 2016, in Zidane’s homeland of France, Vaudeville Smash is searching for the MOST AMAZING remix of their hit. If you think you have what it takes to turn this football musical masterpiece into a majestic remix, check out the competition below for a chance to be an official remix for the single and to win $1,500 AUD.

If you have never witnessed the very special video that accompanies this song in all of its glory, make sure to check it out below!!!

You can also buy the track HERE.

Produce your own remix of the single ‘Zinedine Zidane’ using at least one of the official stems provided.

PRIZE
The winning remix, as judged by Vaudeville Smash, will win $1,500 AUD and have their remix released worldwide on iTunes, Spotify and other online music platforms.

Runners up will receive $400 and $100 respectively with social media promotion of their remixes.

Complete your own remix of ‘Zinedine Zidane’ and email your remix or a link  (SoundCloud, Dropbox etc) to your remix to band@thevaudevillesmash.com

Completed remixes must be named in the format ‘ Zinedine Zidane, feat. Les Murray (Your Name Remix)

All genres and styles

Anyone can participate.  This is a worldwide competition.

All contestants must agree to the Terms and Condition, outlined HERE

GOOD LUCK – WE CAN’T WAIT TO SEE WHAT YOU COME UP WITH.

Intro
In 1972, under a scorching June Sun
In the French Coastal town of Marseilles
Two Algerian immigrants awaited the birth of their 5th child
Later that day, a star was born

Bridge
And he’ll burn through the dark like a fire (Puskas, Eusebio)
So much more than the world was dreaming of wa ya ya (Beckenbauer, Platini, Best)
He’ll fight (Charlton)
And his light (Cruyff)
Will shine on and on and on (Baggio)
Oh, why (Diego Armando Maradona)
With his will to survive (Pele) 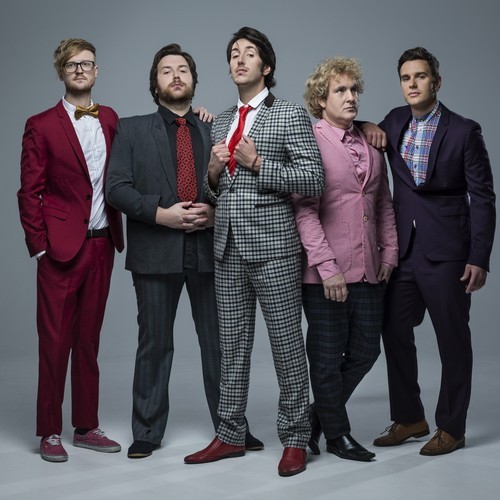 1) The Competition opens at 9am AEST (Australian Eastern Standard Time) on Friday 3rd June 2016 and closes 9am Friday 1st July 2016.  Entries received after the competition period will be deemed invalid.

3) Email your remix or a link to your remix to band@thevaudevillesmash.com  Accepted formats are mp3, WAV and AIFF.

A link to your remix on a Dropbox or Soundcloud account (or similar) will also suffice.

All participants must have a ready WAV version of the song to send on request.

Please include as much information about yourself as you like, including PRODUCER name. We are curious to know where you are from but you do not need to disclose this information.

4) The Remix,which is judged by Vaudeville Smash to be the best will win the prize (“Prize Winner”). There will be only one Prize Winner. The Prize Winner will receive $1500 AUD and the remix will be released officially on iTunes and Spotify (and other music platforms) and promoted on Vaudeville Smash’s social media platforms.

5) By entering the competition you agree that your remix will be available for use at Vaudeville Smash’s discretion.

7) You may share your remixes freely on any internet site, in any file type(s), both before and after the closing date of the contest, as long as you name your remix accordingly:  Vaudeville Smash – Zinedine Zidane ft. Les Murray (YOUR NAME REMIX)

8) You do not need to purchase the track to enter the Contest.

9) All Genres and styles accepted.

10) Remixes must not contain material which is (or promoting activities which are) harmful, threatening, abusive, disparaging, harassing, vulgar, obscene, hateful, pornographic, or libelous or which has other inappropriate content. Remixes shall not defame, misrepresent or contain disparaging remarks about any persons, products or companies.

11) Remixes shall not contain materials which are not created entirely by Entrant or which are owned by others. Entrants shall not use the Stems provided by Vaudeville Smash in any manner or for any purpose other than for entering the Contest; and Remixes shall not be in violation of any law.

Entrants acknowledge that there is no obligation by Vaudeville Smash to use or post any Remixes. By submitting a Remix, Entrants warrant and represent that: (a) the Remix is Entrant’s original work; (b) the Remix has not been previously published; (c) the Remix has not previously received awards; (d) the Remix does not infringe upon the copyrights, trademarks, rights of privacy, publicity or other intellectual property or other rights of any person or entity; (e) Entrant has obtained permission from any person whose name, voice or performance is used in the Remix; and (f) exploitation, use, display or performance of the Remix via any form of media, will not infringe the rights of any third parties. Entrants shall indemnify and hold harmless, Operator and Contest Parties from any claims contrary to or in violation of these warranties and representations.

Each entry will be judged on creative merit. The Prize Winner will be determined by Vaudeville Smash. The band’s decision is final and binding upon all entrants and no correspondence will be entered into. If the prize winner is under 18 years of age, the prize may be awarded to the winner’s parent or guardian. Vaudeville Smash reserves the right to withdraw or change the conditions of the competition at any time.

If this competition is interfered with in any way or is not capable of being conducted as reasonably anticipated due to any reason beyond the reasonable control of the Vaudeville Smash, then they reserve the right, in its sole discretion, to the fullest extent permitted by law (a) to disqualify any entrant; or (b) subject to any written directions from a regulatory authority, to modify, suspend, terminate or cancel the competition, as appropriate. Vaudeville Smash and their associated agencies shall not be liable in any way if the performance of their obligations hereunder is delayed or becomes impossible by reason of any ‘Act of God’, war, fire, earthquake, strike, sickness, accident, civil commotion or any other cause.

You warrant that you will use ‘Zinedine Zidane’ only in accordance with these Terms and Conditions and you will indemnify Vaudeville Smash against any loss or damage resulting from any breach of the representations and warranties made by you herein.