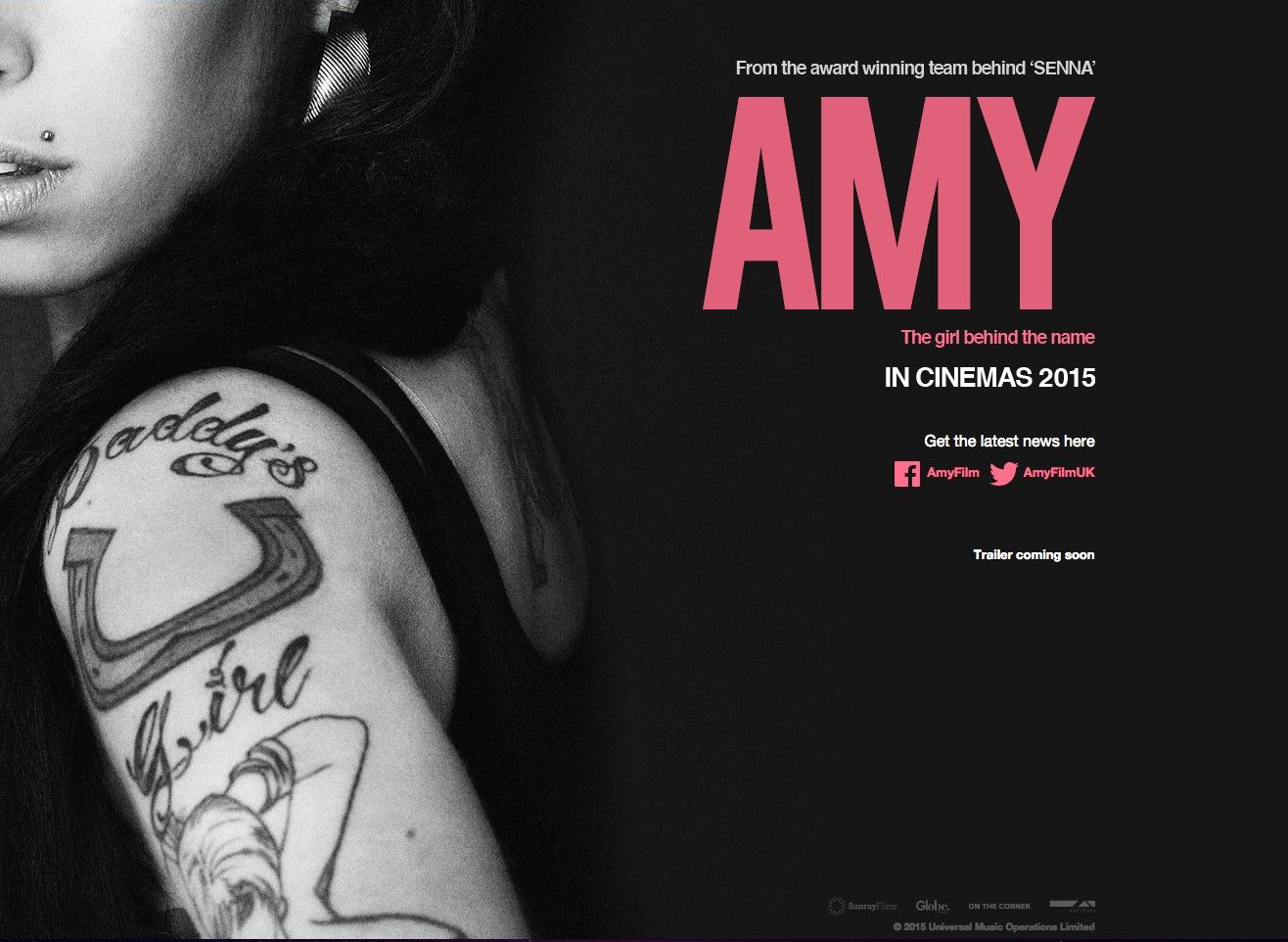 The trailer for AMY has just been released for the documentary based on the life and death of Amy Winehouse.  It has been put together by the same award winning team behind Senna and from the teaser trailer it looks set to be an insightful portrait into the life of an artist that was tragically taken too early.

Amy Winehouse is arguably one of Britain’s greatest female singer songwriters and the documentary will show never before seen archival footage together with interviews with family members, close friends and colleagues.

Watch the haunting trailer below.  In cinemas in 2015.