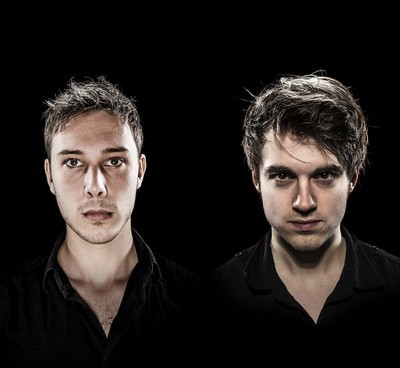 We’ve had Vicetone on our music radar for just over a few months now (especially after that Obama ‘Hope’ mix) and it is fair to say that the Vicetone producer/duo are on the money when it comes to ear catching tracks and remixes of gold.  They’re definitely a rapidly rising star in the electronic dance music scene.

Whether you are familiar with Vicetone or are a new listener to their awesome remixes (and originals) we reckon that they are on an onwards and upwards trajectory, that’s for sure.  There’s been many artists, bands, DJs that we’ve had our eyes on but we’re very sure that we are not alone in keeping an eye on these guys.

To help spread the good word of Vicetone, we tapped them up for a Q&A Interview so we can let you know what their plans are for 2013 and beyond:

YMR: How do you feel about all the positive feedback to the ever increasing success of your mixes that have been dropping recently?

It’s great to read all those comments, they’ve been very positive and it really means a lot to us! To get feedback from our fans is very important, it really motivates us and we’re very lucky to have such a loyal fanbase already.

YMR: What have some of your highlights been over the last few months since Vicetone started it’s journey to gain some audio momentum?

We’ve only been gaining serious momentum in the last few months, but the best is still to come. A couple of the highlights include signing our Youngblood Hawke remix to Universal, and seeing it get played in front of 17.000 people in a huge stadium. That really blew us away, we really wanted to be there! Nicky Romero has also been consistently supporting our tracks, and we’re very thankful for that. Signing with CAA as our booking agency was also a major highlight, and is a big step for us, since it will mean we can start putting together a tour around the world. We can’t wait for that to happen!

YMR: At what point did you feel things step up a gear for you both?

We feel that right at this moment actually! We signed a couple of originals to several labels and have official remixes coming out as well. And our free releases are doing well too, with our Bulletproof, Clarity and Reason remixes all having over 200.000 plays on SoundCloud (almost 2 million plays in total!) and receiving support from the likes of Nicky Romero, Hardwell and other big artists. And with our recent signing to CAA, we feel we’re heading in the right direction now.

YMR: You are well on your way to hitting 100,000 likes on Facebook for which has been a very short period of time.  Can you put down your increasing popularity to anything in particular?

Hard work. We work every day in the studio, and for every free release that we do, we put a ton of effort in time to make sure it sounds the best we can. Some people ask us why we release a specific track for free when we could’ve sent it to labels, but we have so much more music that we’re making and ideas lying around, that we feel it’s better to give them away for free and let people spread them online. This has worked really well for us, and we have racked in millions of plays on our free tracks, and as you said, almost 100k fans on Facebook. We never expected it to get so big, and we’re very happy with all our fans sharing our music!

YMR: What is your favourite remix that Vicetone has worked on?

For me (Ruben), it has to be our Sparks remix, since it’s one of our most powerful and energetic songs we’ve done. That remix really came together well when we started out with it, and it turned out exactly how we had it in mind when we started producing it. The vocals really match the energy level and the track makes me really pumped up.

I think (Victor) it’s probably the Let’s go Remix for me, I still remember how excited we first were when we came up with the melody, and also when we finally finished the track. It was the first track  we had ever put online at that time so it was a pretty big moment for us. I still love the energy in that track  and it triggers my rage-mode every time I play it!

YMR: What are your plans for fulfilling your audio destiny in 2013 and is there anywhere on your travel plans that you can’t wait to get to and tour?

We hope to tour a lot this year. Since we’re in the studio pretty much every day, there will be a lot of new music coming out, and we aren’t planning on stopping. We hope to play tours this year though, and we can’t wait to showcase our music live – we can promise you it will be a show you won’t soon forget! As far as places go – we want to play everywhere really, but if we have to pick a country, we’re looking forward to playing our first gig in the USA and in Spain, since we have a lot of fans from both countries. Also we would love to see some of the big music studios around the world and maybe even make a track in one of them. All our music we made so far is produced in our home studio, so we think it would be a great experience!

Barack joined us in the studio a couple of months back and complained that he didn’t really like the lead melody that we used, and he thought we could mix in his vocals a bit better…  but other than that, there hasn’t really been any word from the White House yet.

YMR: Finally, if there was one track that you would want playing when we all go out in the big one from planet Earth, what track would it be?

It’s so hard to pick one track… Supermode – Tell Me Why is a great classic, so why not pick that one!

A big thanks to Ruben & Victor for taking time out of the studio to catch up with us. Here’s to a massive 2013 and beyond for Vicetone.

GET IT HERE: http://smarturl.it/VicetoneHB and get streaming the smorgasbord of Vicetone audio goodness below: