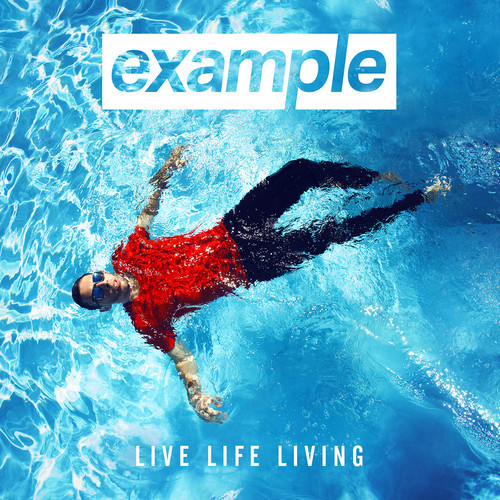 Example is set to release his brand new single ‘One More Day (Stay With Me)’ on 22nd June and Dutch maestro Erik Arbores has remixed the track into an absolute interstellar banger.

I don’t know whether it’s the cover art or the beat to this track but in my head and veins, this is a Brasil FIFA 2014 World Cup anthem if ever there was one.

The original track has been taken from his upcoming album Live Life Living which gets a release on 30th June and ‘One More Day (Stay With Me)’ also has remixes to come from Shadow Child and MJ Cole.

I went into the studio with Alex Smith (of Metrophonic) who I made ‘Watch The Sun Come Up’ with back in 2009. Pianos as club hooks have worked well for me in the past so with this track I wanted to recapture some of that sunshine in my music. For me, ‘One More Day’ evokes all the great moments of 90s euphoria but I’ve put a bit of a twist on everything as it’s 2014. I’ve also added a little 8-bar rap for an injection of energy – some fans on twitter were begging me to rap again after my last few singles were just singing.

Example is one of the UK’s biggest male artists following on from his #1 platinum album Playing in the Shadows, and most recent gold selling album, The Evolution of Man. He has notched up two huge top five LPs and six top 10 singles including two No.1’s. ‘Live Life Living’ will be his fifth studio album….that came around quickly didn’t it?  It only seems two minutes since ‘Kickstarts’ doesn’t it but five albums in, he’s going strong with tracks like this.

So, get your fix of this absolute ear gold remix from the Netherlands up and comer Erik Arbores below and countdown to the new album