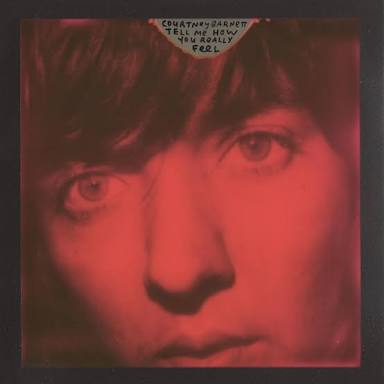 Well then.  Courtney Barnett’s new album called Tell Me How You Really Feel is about to drop next week and from the sneak preview we’re listening to now, we can definitely say its bloody awesome.

We’re talking 10 tracks of pure goodness.  We are also very pleased to say that the album has not fallen into the common trap of ‘over produced follow up album ear fodder’.  In fact, it all actually feels like there has been some restraint, it has been kept simple and everything has been dialled down a little.  I’m loving it.

This album and the production on it are going to firmly place Courtney Barnett as one of the most important songwriters of the current generation.  This will serve to amplify her status both in her homeland of Australia and will ramp up her presence overseas.  2018 is going to be a very busy year for Courtney, no doubt.

The album opener ‘Hopefulessness’ is a perfect start to proceedings. It’s a confident slow burner that gives you the heads up that we’re not going 110kph with the head out of the window on this one.  In fact, it’s more of an 80kph Princes Highway kind of tempo, slowing down to single lane traffic for some most enjoyable road works.

‘City Looks Pretty’ is familiar to those who have gotten on board it already but the rest of the album blows that track and anything you’ve heard previously from Courtney right out of the water.

Make sure to set you reminder for 18 May and get on this album.