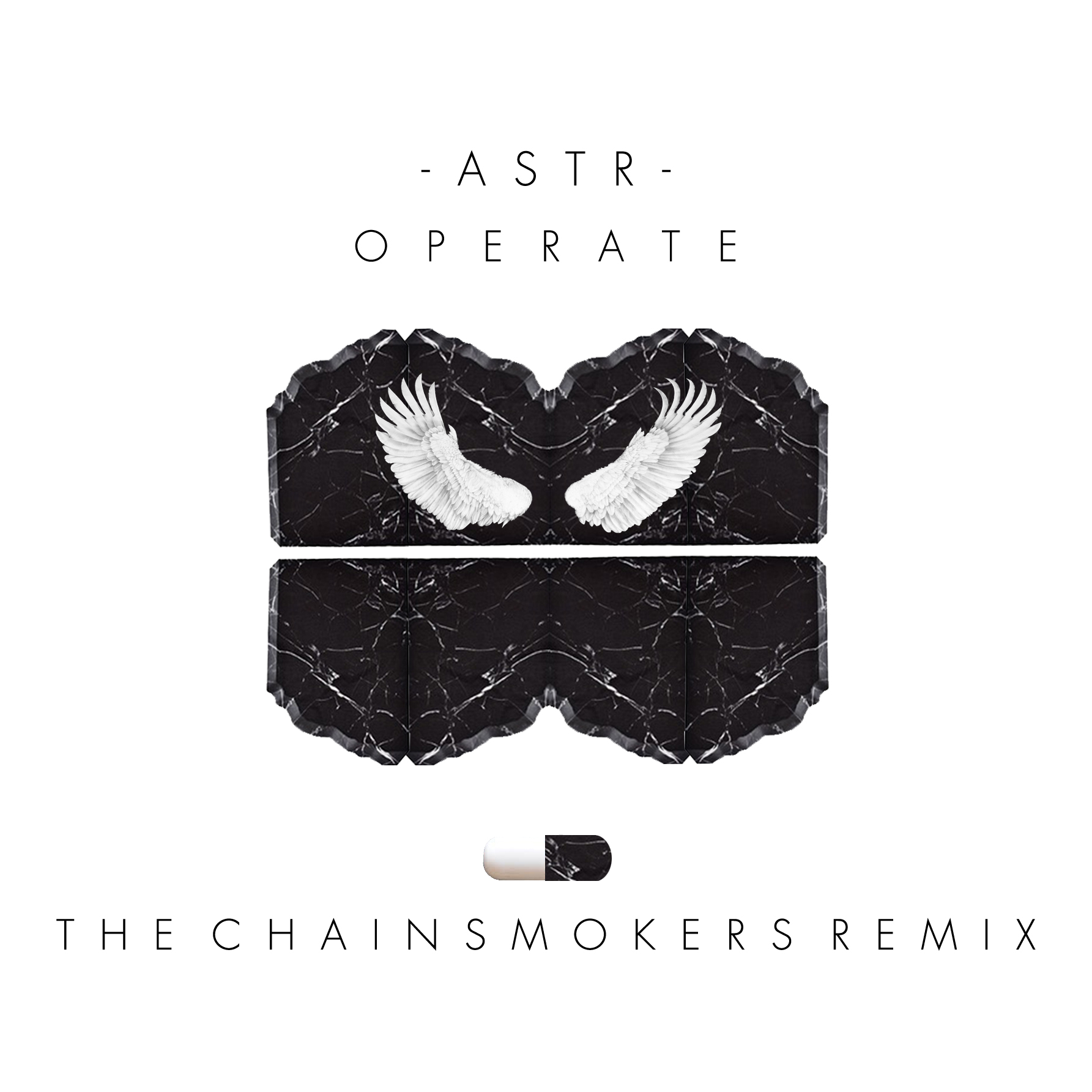 Big tune time remixed by The Chainsmokers.  The Chainsmokers duo are an addiction we are not set to give up.  Particularly with this remix of ASTR and the track ‘Operate’ given the cranked up treatment.

“This is really simple, we heard the original song ‘Operate’ by ASTR and it was on repeat for a LONG time, its a beautifuly sung and composed song… it just has so much character… Its like a stripper made of gold that stole your heart and actually gave you her real number. So when we began remixing it, we honestly didn’t exactly know where we wanted to go with this track at first, but as soon as we got started it just poured out with this very solom melody, that doesn’t betray the song and its sex but give it this mellow added bounce, it was a perfect double up…”

Perfectly said.  Now, get listening and get downloading this awesome track.