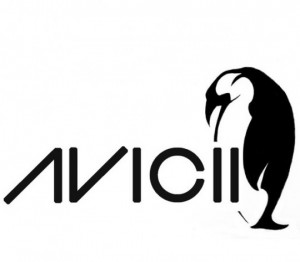 So…have you heard all of the controversial stuff with the Avicii track, Leona Lewis, Simon Cowell and DJ Afrojack’s remix?   If your answer is no, read on.

Once upon a time there was a great DJ come producer called Avicii who wrote a very excellent dance track called ‘Penguin’.  He was very proud of this track and could not wait to show it to the world but unbeknownst to him, his track appeared to have fallen into the hands of a music industry mogul called Simon Cowell.

As if by magic, the track appeared to suddenly be available for Leona Lewis to sing under the guise of a track called ‘Collide’ and hey presto, a superstar single was born without consent or knowledge by the original artist being aware of this track being made.

The track ‘Collide’ has now received a remix touch (and unfortunately it is a bloody good one) by DJ Afrojack and the remix is destined to earn a squillion dollars for Simon Cowell and some loose change for Leona Lewis before someone properly acknowledges that this is a track by Avicii.

Headlines across the world’s music press this week have been of plagiarism accusations against Leona Lewis and representatives from Ministry of Sound and the many linked labels across the globe have requested that Simon Cowell and his company Syco pull the track.

So the big question is, have you heard Avicii’s track and have you heard Leona Lewis’ track?  Even a senile tone deaf bag lady could tell you that both tracks are identical (not even a slight sample of Avicii but ripped off entirely).  It’s not clear if Leona Lewis knew of this track prior to recording it and whether or not she knew it could possibly be another artists track without consent.

In an interesting twist, representatives from Syco have suggested that Avicii has been credited as song writer on the single and that Ministry of Sound don’t have a legal case and that Avicii will get royalties.  However, I think they’re missing the point as Avicii really doesn’t want to be linked with a Leona Lewis track does he (no offence DJ Afrojack) and even if he did, it would have been nice to go through proper ‘un ripping off’ channels.

You make your mind up on whether or not you think the track has been ripped: