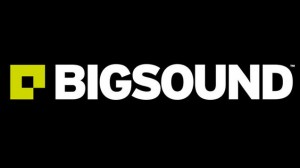 Brisbane….you lucky lucky lot!!! There was a massive announcement today of over 50 new artists that have been released for the September BIGSOUND LIVE line up in Brisbane.

EMI’s latest signing Papa Vs Pretty and the band Floating Me (featuring members of Karnivool and Cog) will be playing. Joining them will be a fair number of artists that should definitely be on Your Music Radar. Artists such as Owl Eyes, Andy Bull, Lanie Lane, The Vasco Era, Paper Scissors, Adalita (Magic Dirt), Trial Kennedy, Jinja Safari and Jonathan Boulet…to name a few are playing. That’s one hell of a line up already over two nights for a tidy sum of $55, not to mention Damn Dogs are playing too who are the new band formed by Chris and Mark from JET.

This year’s event, to be held from September 7-9 in Brisbane’s Fortitude Valley live music precinct, definitely hosts its strongest line up yet (no disrespect to previous years line ups) and if you’re anywhere near ‘The Valley’ that weekend, you’d be mad to not get tickets to this smokin’ event.

With the program expanding this year to 80 acts across two nights in 8 venues for just $55, BIGSOUND LIVE this year is hot property indeed and punters should get their tickets pronto. In fact, if you take into account that a fair amount of these up and coming artists are going to be even hotter stuff over the coming months and years, $55 is a mighty fine investment indeed (that’s less than a dollar an act to see them).

“BIGSOUND has an undeniable natural momentum,” said BIGSOUND programmer Graham Ashton. “That, along with the calibre of artists we have joining us, makes us confident that the 10th anniversary will prove to be a unique gathering of the tribe for the music community both locally and internationally.”

Tickets for BIGSOUND LIVE are now on sale at www.oztix.com.au ($55 for two nights or $33 for one night)