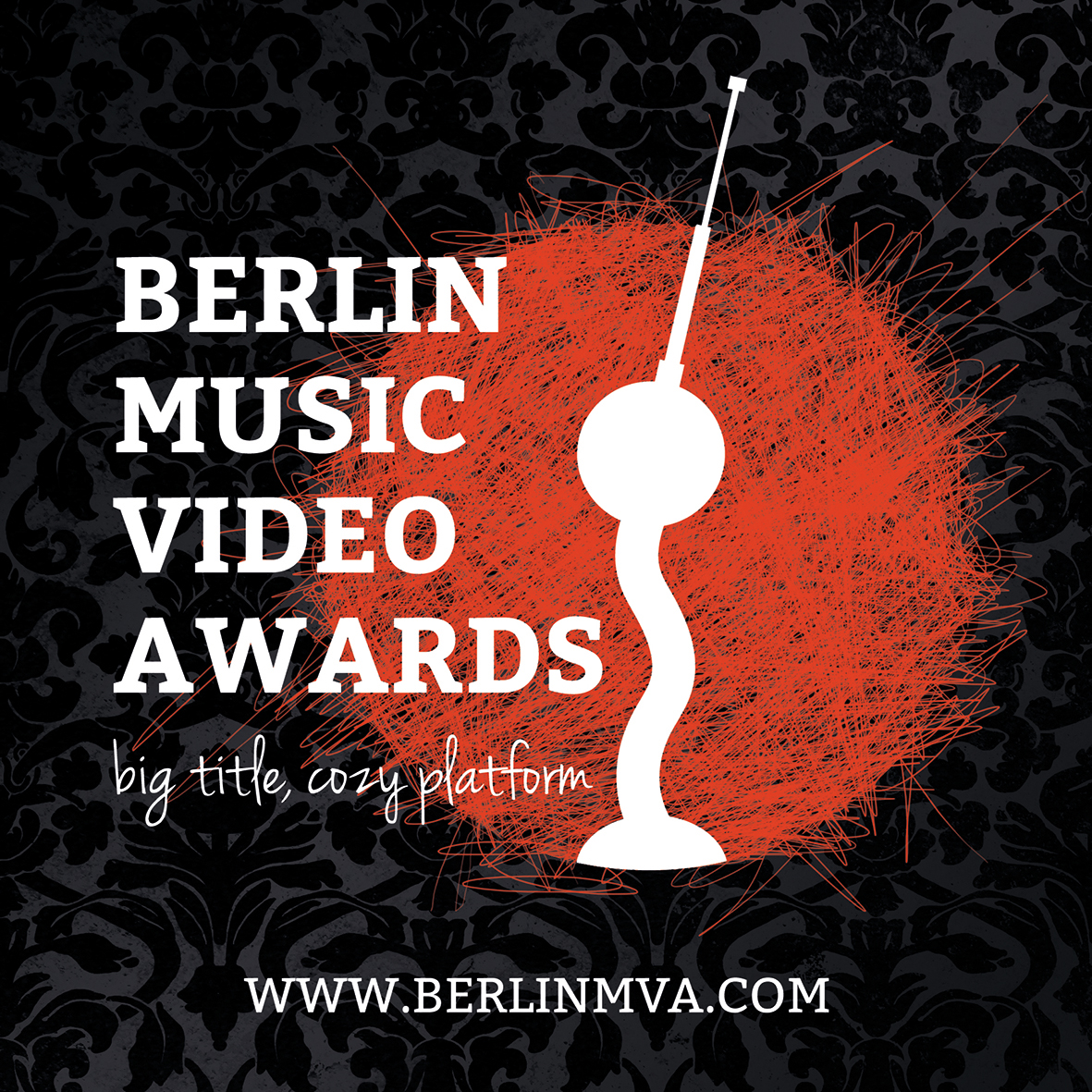 The Berlin Music Video Awards, which takes place in the Villa Neukölln from 24th to 28th of April, is going to shake Berlin next week. The festival will award video makers in ten main categories, such as Best Director/Actors, Best Concept and Most Trashy in a contest that will host participants from Germany, France, Austria, Switzerland, Ireland and others. Even a VJ Competition will be part of BMVA on 27th at LUX club.

The winners will be announced following a voting process that includes a qualified jury, online users and the audience at the Villa during the first two Screening Days of the BVMA. The online voters have chosen their best video clips through ‘Votes’ on their Dailymotion channel. In the first 10 voting days there were already more than 100.000 views on this online platform!

The winners have the chance to win prizes, such as a day in a Green Screen Studio, a Corporate Cloudservice, 2 tickets for the Melt Festival, and many more. For the Grand Prize winner of ‘Best Production 2013’ (announced on Sunday 28th during a glittering ceremony) there is a 1.000€ prize.

This cozy concept is being coordinated by Aviel Silook – the man behind the idea of the festival. He describes this project as “a mixture of a dream I had as a child, bumping into the wasted art scene in Berlin”. For this Israeli Production Manager, it is really necessary to create a platform for all the music videos born worldwide: “It is not only Berlin that needs music awards. All the world needs it. Millions of videos are made every year, being selected only by commercial channels. They need more outputs”. Aviel Silook came to Berlin two years ago, after finishing his studies in Psychology in Israel. In Germany, he jumped into the party scene, producing many of events. But in 2012, he decided to accept a new challenge. “With this production, I want to help as many artists as possible. I would like to put another brick in the history of music videos in the world.”

Aviel Silook imagined this festival as a combination of comedians, musicians, label industry and music lovers. This fusion can be seen through the program, that counts, for instance, on well-known artists like Hanin Ellias (ex-Atari Teenage Riot), Dj’s Ellen Allien, Dr. Motte (the Love Parade founder). Other remarkable guests are Miss Platnum (Lila Wolken) and DJ Ill Vibe (Seeed) and Sin with Sebastian (Shut up and sleep with me), as guests of honor.

Tickets and further information for the program can be found at: www.berlinmva.com