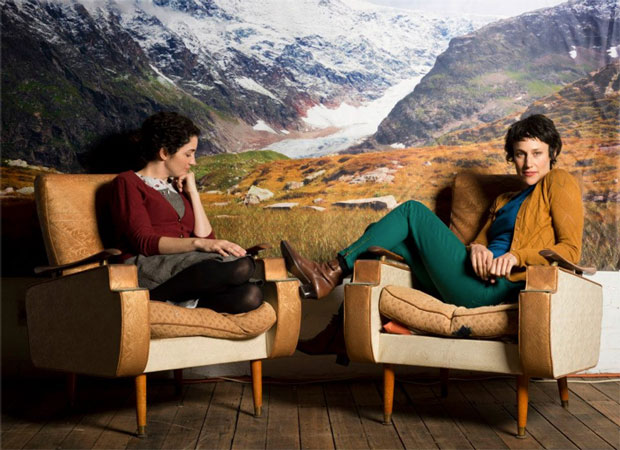 The irony.  It was only a month or so back that we were comparing the single ‘The Woods’ from Melbourne’s Brighter Later with the sweet sounds of Burt Bacharach, Henry Mancini and John Barry.  The reason we reckon it is irony is that we are sitting here on a plane at 3.43am Dallas time (8.43pm Melbourne) time, en route to Austin (via J.R. Ewing’ville god rest his soul) for another trip to SXSW.

Of  all the films we chose to watch on the plane prior to writing this piece, we picked the classic film Midnight Cowboy…with that famous film score.  It’s got us all mellow it has (we still shed a tear for old Rizzo at the end of the film).

So then.  This leads us to the quite fabulous album and very alive album The Wolves from Brighter Later.  The wispy dreamy melodies of the track ‘All the World’ are echoing through our Sol Republic headphones right now…in the darkness…with only the light and keyboard from this macbook air lighting the way (and a glass of red vino helping too).

I’m usually a bit resistant of writing a review/awareness raiser for an album as it means I seriously have to dig in and absorb everything that is going on, rather than sticking my ears briefly into the icy unknown and finding out within a few seconds or so that I’m listening to a track that should be shared.  I tell you what…this album is an album of tracks that should be shared.  No, not via piracy but via verbal promotion to make sure everyone and anyone firstly knows who Brighter Later are and secondly that they have an absolute gem of an album here.

If you haven’t heard the single ‘The Woods’ you should.  Once you immerse yourself into it, you’ll get all the Burt Bacharach references through this post.  As I’m continuing to type this I am beginning to realise that this is indeed an album that not only should be listened to in the dark, dimly lit hours but pretty much anytime and every time you get a chance.

I’m going to stepping stone across some of the quality tracks here and hop across to the track ‘Magnolia’.  It’s a fair maiden of a track.  Simple.  Exquisite.  Excellent.   It’s also taking us into Portishead vs. Simon & Garfunkel territory.  What a combo!

I could literally type a sentence hear to explain every tune on the 10 track album but if you know us by now, you know that we let YOU decide on whether you should be hearing this or not.  All we can do is steer you towards this greatness like someone is puppeteering you with a Sony PS3 bluetooth controller.  Do you sometimes feel like the old lady that walks in front of you and zigs and zags around in your identical path as you try and get past her is doing it on purpose?  Well, that’s someone with a PS3 remote controller moving them right into you path.  That is usually an unfortunate turn of events.  This album is the complete opposite of that.  It is exactly down the road and path you want to travel.  Get listening and find yourself at Brighter Later.  This is some of the most chilled stuff I’ve heard since getting into Oliver Tank.

Here’s a soundcloud link to a couple of the tracks from the album to help you on your journey: