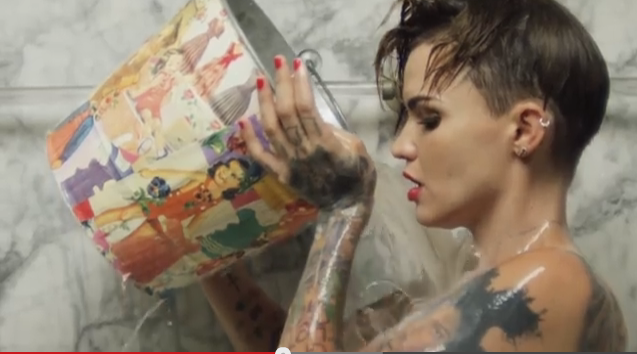 There’s a reason why this has gone viral. Well, there’s three reasons…or maybe more.  The track ‘Pulls Me Under’ which was written by the exceptional Butterfly Boucher and Katie Herzig has been used on a short film written and produced by Ruby Rose about gender roles, Trans, and what it is like to have an identity that deviates from the status quo.

This video is outstanding and moving and both video and music fit together like hand in glove.  I had the pleasure of seeing Butterfly Boucher and Katie Herzig on a joint AUS tour a few years back and if my memory serves me right, I heard this and had goosebumps back then before this video ever existed.

Butterly Boucher had the following to say on this track.

Thanks to a random turn of events. About two weeks ago my friend Ruby Rose wrote to me out of the blue asking if I had any music that might work for a short film she had made. She only had two days to find music and finish it! Turns out I did happen to have a new song and even better it’s never been released! The song is called It Pulls Me Under, originally written for a Grey’s Anatomy episode with Katie Herzig. It wasn’t used for that in the end, but it turned out to be uncannily perfect for Ruby’s Short film.

A few days later Ruby released her brave and vulnerable video, Break Free, “a short film about gender roles, and what it is like to have an identity that deviates from the status quo”. It proceeded to go viral with over 6 million views on facebook and youtube combined!

People quickly started asking about the music and where they could find it… which was … nowhere! But I’m happy to announce that, as of now, the song is up and available on iTunes worldwide! Mixed and Mastered and ready for your ears.

We could get really arty and wanky about this video but lets just say that the simplicity of the track, the message and both the video production and direction speak entirely for themselves. Get on it.  Get it shared. Get it viral.