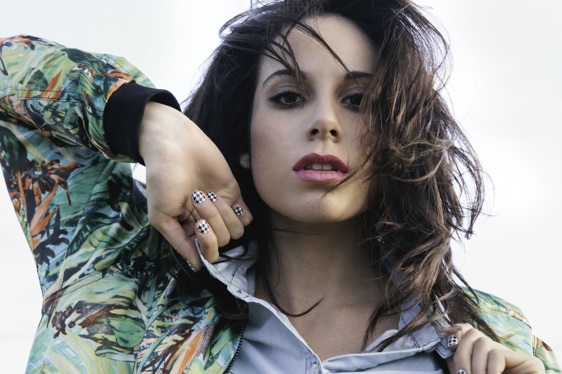 They say if you can’t stand the heat, get out of the kitchen.  However, we doubt that Cat Torres would go running quickly!  Listening to her track ‘Kitchen On Fire’ we reckon it would’ve been her pyromaniac vocals that started the fire in the first place!!!

So, what can we tell you about Australia’s Cat Torres?  Well, for a start she’s got a hot hot track on her hands with ‘Kitchen On Fire’.  No pun intended!!! She’s also worked with Julian Hamilton from The Presets and London based producer Jaz Rogers who has worked with the likes Daniel Merriweather and Lauryn Hill.

Cat has been described as having the soulfulness of girl-next-door urban, garage and dub beats and rhythms. She’s already been travelling the world to work with both underground and renowned producers and songwriters, from London to L.A. and Miami.

There is definitely an urban grimy mix of latin/Spanish influences on this track mixed in with some pretty awesome dub that would make UK’s Cher Lloyd proud.  In fact, it would be fair to say that Australia might have their own equivalent of Cher Lloyd right here based on this track alone.  She’s definitely got the vocal attitude to match it!!

BBC Radio 1’s Zane Lowe got his hands on a demo of this track recently and gave it a spin on air, introducing Torres to London and garnering her an invite to play at the famed yOyO night at Notting Hill Arts Club.  Now that’s not a bad bit of promo we say!!!

If that wasn’t enough…. the song was also brought to the attention of Phil Tan (Rihanna, Pharell Williams) in Atlanta who ended up mixing the track in his home studio.  Niiiice!!!

On listening to this track we are very excited for what Cat Torres has to offer and we can’t wait for more tunes and to also catch her live!!!  Exciting times ahead for this Australian artist (and for Australian music lovers too).

In the meantime, check out this awesome tune below (and a bonus remix) and make sure to have a fire extinguisher handy…