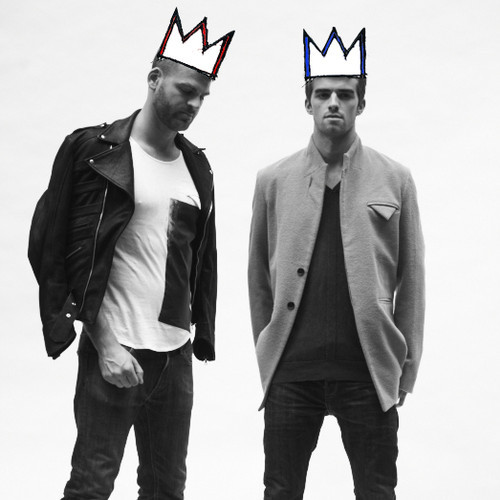 It is very satisfying to see Billboard all over The Chainsmokers at the moment.  They’ve featured in the last two magazine publications, #SELFIE has been deemed the next ‘Harlem Shake’ and now they’ve premiered their fire cracker new remix for Chromeo on Billboard.  Things are looking more than up for this mighty duo.

This remix for Chromeo is up there with The Chainsmokers best reworks for sure.  My only criticism is that it is too short and I have to keep going back to click play again.  Apart from the likes of Calvin Harris and RAC, I can’t say there’s been anyone that has been able to keep the consistency of excellence applied to remixes and production like these two.  Solid eargold!

Here’s what Drew and Alex had to say on the track:

Chromeo is one of those groups that really define a genre and time in music. For us their take on electronic music really served as a foundation for our tastes in production. Dave1’s effortless vocal work that always feel as cool as it sounds, paired with the incredible melodies and instrumentation from Gemayel these guys really crushed. So when we were contacted to remix Jealous we honestly felt like we had a song that we felt could be as big as Daft Punk’s, Get Lucky . After it was said and done, we were so happy with the remix we created. It gave the song that house dance feel, but didn’t feel forced at all. The song seemed to have this great level of space and pacing and nothing felt unnecessary. The more we produce the more its about doing more with less, and this for us nailed that theory. The song effortlessly flows like good Chromeo songs does but achieves that unique Chainsmoker energy…