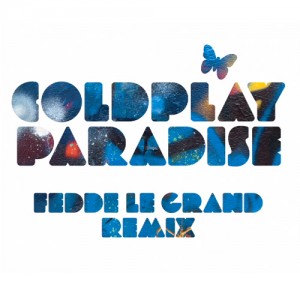 Well, the new Coldplay album is out and there have been a fair few critics sharpening their claws on this one. To us though it sticks out like a sore thumb that the Mylo Xyloto album has been written with a more vibrant dance feel to it and is primed for a bunch of remixes.

An example of a gorgeous remix track that would be great on a 2CD edition is ‘Paradise’ which has received the rework treatment by Fedde Le Grand. Great work indeed for a track that on it’s own is one of the standouts out the album but in the hands of a great producer/DJ it has been morphed into a quite delicious set of uplifting beats.

Looking at the album, its a fair bet that a remix of ‘Charlie Brown’ and ‘Princess of China’ will follow in the footsteps of ‘Paradise’ and ‘Every Teardrop Is A Waterfall’.

Saying all that thought, the album ain’t half bad. All good albums take a few listens first and this one is no exception to that rule.

If you like Coldplay, make sure you check out our website here on Weds 26 October (Thu morning in AUS) or go straight to Coldplay’s YouTube page for their live streamed gig from Madrid.