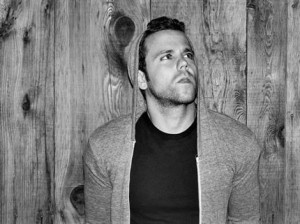 I remember when I first got into Pnau a few years back on their first album.  It’s fair to say that M83 are exactly in that place in my heart right now with their album Hurry Up, We’re Dreaming and the track ‘Midnight City’ is a stunning affair.   In fact, their entire album is quite fantastic.

The track ‘Midnight City’ is very similar to the work of Nick Littlemore and the tracks he has done with Groove Armada on Black Light/White Light.   We especially love the sax work ‘Guru Josh style’ on this track too.  In fact, the whole album sounds like the love child of Pnau and Gotye.  How good is that?

If you haven’t picked up on this track yet or haven’t immersed yourself in the M83 album, we strongly STRONGLY recommend that you do so, as M83 are the band to get into both now and going into 2012.  Definitely one for your music radar indeedly!!!

If you are interested, M83 isn’t a lesser known motorway in England.  M83 are an electronic band by French musician Anthony Gonzalez, named after a spiral galaxy, Messier 83.   Now that definitely sounds more romantic doesn’t it?

Get your ‘Midnight Cit’y fix below: