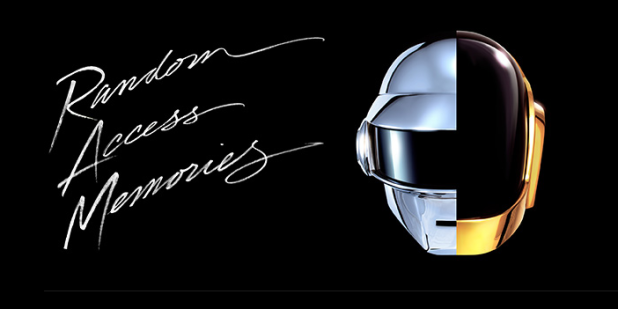 Well, it’s finally out globally.  This dropped on Friday in Australia, pre Wee Waa excitement and now it’s dropping into everyone’s letterboxes, inboxes and anywhere you can get lucky in post Wee Waa.

There’s a lot of lovers and haters for Daft Punk’s Random Access Memories and we’re on the loving side.  Anyone wanting another electro stomper is going to be disappointed.  Those on the hunt for something that takes us all back to an analogue yesteryear will be pleasantly surprised.

Album highlights include ‘Get Lucky’, ‘Lose Yourself To Dance’, ‘Touch’, ‘Doin’ it Right’ and ‘Give Life Back To Music’.

We’re not going to review this as we reckon you’ll make your own mind up on this one.  What we can say is that this is an album that deserves your attention over a prolonged period.  It’s a journey that reminds us of some of the great tracks from Jean Michel Jarre, Shakatak, Earth Wind & Fire, Cameo, Michael Macdonald, Gilbert O’Sullivan and a lot more pre 2013.

Two words.  Be patient.  If you give this album time (particularly if you don’t like it on initial play) you will hopefully come to love it.  It’s ambitious and just what we need right now to influence the sea of EDM into an evolving direction.

Get your streaming fix below: