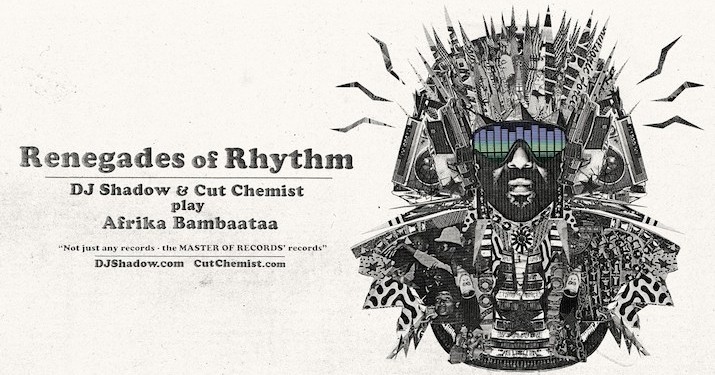 It can by no means be a coincidence that “train” and “rain” rhyme; it is an incredibly rare event when both of them work as you want and / or expect them to. Much like the effect the Planeteer kiddies produced when they combined their powers to summon everyone’s favourite mullet and lycra sporting, sex pest looking superhero Captain Planet, trains and rain together and unleash all kinds of awesomeness. It is truly extraordinary the lengths that they can go to completely cock up your evening.

Despite the best efforts of 3 drops of precipitation to almost cripple the Melbourne public transport network, I somehow managed to arrive at the Forum just in time to see the last 4 ½ minutes of DJ Mafia. This is a bit of a shame as I caught the last of some De La Soul which wasn’t too shabby at all. It also gave me a chance to see firsthand the great schism that would become ever more apparent throughout the evening. This was the schism between those that can dance and those that cannot and / or are forced to. Tool say “I know the pieces fit”, but sometimes they just don’t. And the ill-fitting pieces are all too well aware of this; it is just they don’t have a solid exit strategy. Much like the US in (insert resource rich failed state here) except the ill-fitting pieces at least have a seemingly valid entry strategy. This by and large seems to be to not appear like a complete spazztard who is either choking on a chicken wishbone or suffering an epileptic fit in front of the laydeeezz. 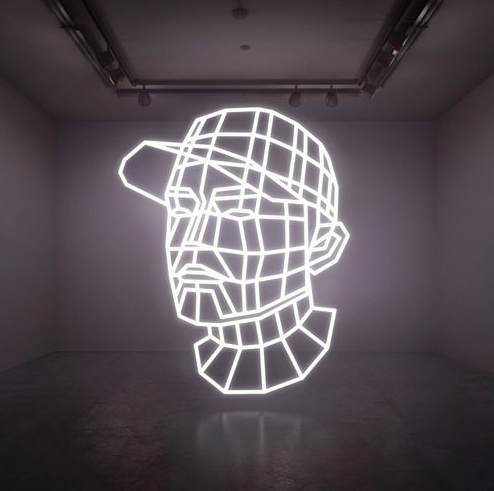 Anywho, all of this is a mere digression away from the main event which is DJ Shadow and Cut Chemist playing a small selection of Afrika Bambaataa’s 40,000 records. On 6 turntables as 2 turntables each is quite clearly not enough for these two legendary DJ’s. In any case, the story goes that Afrika Bambaataa donated his entire record collection to Cornell University so they could be preserved for posterity. This tour was the equivalent of a final Fleetwood Mac tour; giving the key players their final days in the limelight before they are finally frozen in carbonite and sold off to an overweight alien crime lord who does bear a striking resemblance to Gina Rinehart.

Prior to this, I must admit to being blissfully unaware of the massive impact that Afrika Bambaataa had had on music for an exceptionally long time. My first exposure came via the Rage Against The Machine covers album, Renegades. The reimagining of the track and the film clip to Renegades of Funk opened up my eyes to the last century of US musical and social history. In summary, Afrika Bambaataa was the guy who had the records that had the samples that the entire hip hop movement was based on. Without Afrika Bambaataa, there is a good chance that other Renegades album alumni such as Eric B. & Rakim, Volume 10, EPMD and to a less extent, Cypress Hill would have sounded significantly different, if they had of even existed at all.

The set was structured to show the evolution of music throughout the ages; from primitive jungle beats, to funk to disco, to hip hop, to pop and just about everywhere else in between. I must admit to feeling quite out of my depth when most of the samples that I recognised were from the most cringe worthy of sources. Back from a time in my musical past that I have tried (in vain as it turns out) to forget, was the “Gangster Boogie” sample that was used in the early nineties by Bell Biv DeVoe. R&B maybe, but they did rise from the ashes of seminal boy band New Edition which contained model husband, and noted raging coke fiend, Bobby Brown. Yep, take that credibility. Apparently this was created by Chicago Gangsters, and maybe I remembered it from use by Eric B & Rakim or LL Cool J, but sadly this was not the case. No, it was Bell Biv DeVoe. The same Bell Biv DeVoe that featured on the soundtrack of Mo’ Money. Oh good. However what was comforting was that I was not alone in this instance. This theme continued when I recognised Iko Iko (‘my flag boy told your flag boy etc etc’) not as a song by The Dixie Cups but as a jingle on a female deodorant ad. Mix in a dash of Owner Of A Lonely Heart by Yes and garnish with a sprinkle of Groove is in the Heart by Dee-Lite and the cocktail was complete. It was at this point that I was feeling totes Kultured. Definite capital K there. The only consolation was that they were only short samples that were expertly mixed so the extent of my embarrassment was dramatically limited. 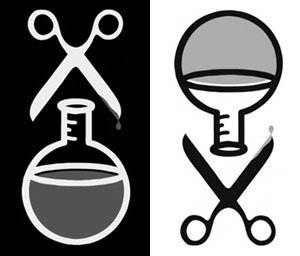 From that point forward, things became a lot less humiliating with Chic’s Good Times, DJ Shadow’s own Numbers Song complete with Metallica Orion sample, some Sugar Hill Gang and a bit Grandmaster Flash thrown in as well. “Thrown in as well” makes it sound a bit haphazard and this gig most definitely was not that. Everything was perfectly synchronised, from the extraordinary visual show, to the use of the old, old, old school drum machine and the percussion machine that looks like a piano accordion that was actually used by Grandmaster Flash.

This set was more than a mere DJ set performed by two masters. It was a history lesson that chartered the evolution of music and the society around it. And unlike a lot of history lessons, it actually made a lasting impression and is not likely to be forgotten by any in attendance any time soon. In that sense it was similar (but for polar opposite reasons) to the debacle that is the Melbourne Public Transport System; incorporates the amazing MYKI system, trains that don’t work when it is too hot, too cold, too wet, too nice and finally the trams and buses that are essentially moving chicanes. Memorable.