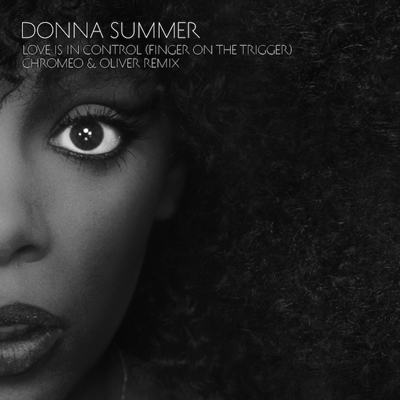 Verve Records is about to drop a remix album called Love To Love You Donna which will feature a dozen highly sought after DJs and remixers who have contributed to turn and tweak some of Donna Summer’s most classic tracks into remix gold.

The first single is “Love Is In Control (Finger On The Trigger),” which has been remixed by Chromeo & Oliver.  It’s a fire cracker of a track.