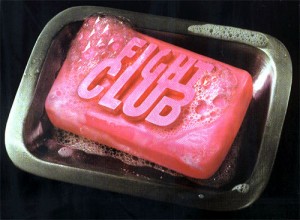 For me, there were two elements to the report which were more than just interesting to the Australian public.

The first element was the idea that the Australian retailers have been putting on us that we are ripping off Australian retailers and the tax payers of Goods & Services Tax (GST) by making purchases under the $1000 GST threshold that currently exists. The second element to the report which I found more interesting was that the report provided data on exactly how much the retailers in this country are stiffing the public with their mark up prices in %’s.

The conclusion of the report by CHOICE indicated that CHOICE believes the exemption from GST for goods costing less than $1000 imported by individuals does not make a significant difference for Australian consumers looking to purchase products from overseas. CHOICE also indicated in their conclusion that there is evidence to suggest that Australian retailers have not passed on (or passed on in a timely manner) an adequate amount of the savings associated with an appreciating dollar.

In the report, the following product average mark-up by type was listed which provided some very interesting reading:

Looking at the data and the report by CHOICE, it has only confirmed my growing suspicions that we have been getting seriously shafted in Australia on many legal music and video products, as well as other products, that we can buy outside of Australia.

It has been suggested by some retailers in Australia that the average consumer is only purchasing items for sale outside of Australia to avoid paying GST. However, as all of us know who partake in this exercise, GST has nothing to do with it as we are obviously paying some form of tax from the country of origin that we are buying the products from in the first place. If tax was an issue, we wouldn’t be buying anything would we? The fact is that whether you stick GST, another tax or any other form of excise on these products, it is still working out far cheaper to buy legal music CDs or MP3s or videos from countries outside of Australia. The retailers in Australia are quite simply making money on the mark ups and they are not passing this on to the consumer and I’m sure that they are not passing this on to the record label or even the artist who made the music in the first place. At the end of the day, they’ve had it far too good for far too long and the consumer is now fighting back.

If you asked a retailer what the first rule of fight club is, they would probably say, ‘there is no fight club’. However, I beg to differ as the average consumer has gotten pretty savvy over the last 12 – 24 months and in my opinion retailers in this country are in for a rough ride of Disneyworld proportions. The crumbling ‘book’ empire of Australia is just the tip of the iceberg and there are a few ‘Titanic’ like retailers out there who will end up sinking over the coming years.

In addition to the countless examples and comparisons that are listed in the CHOICE report, I’ll also give you a couple of classic examples here, without naming the Australian retailers in question (although CHOICE does list them in their report). For the purposes of this comparison, the following comparison is the Australian Retailer (Censored) vs. UK Retailer (Amazon.co.uk.)

On a recent trip to my local Australian retailer, the very excellent Hed Kandi – Anthems & Artwork Ltd Edition 4 CD pack was being retailed at $59 AUS. However, in comparison this was being sold in the UK for 11 pounds which converts to $16.49 AUS. This would equate to you paying $43 more in Australia.

It should also be noted that the product being sold at the Australian retailer is labelled UK import, which would have been purchased in bulk and at a lower price than a consumer would buy from Amazon.co.uk.

So, with Example 1 above, we would have been stiffed $43 of our hard earned cash that you could otherwise invest in some other music artists material.

But wait, there are more retail shenanigans afoot. On the same trip to the local Australian retailer, the quality that is the Alien Anthology box set on Blu-Ray (Region B) was priced as being ‘on sale’ at $119 AUS. This same box set, with the same ‘B’ region is currently priced at 19.99 pounds in the UK.

With the current exchange rate, this would be $30 AUS and if I’m not mistaken this would be $89 AUS cheaper than buying it from the Australian retailer. Again, this is a single purchase item by a consumer and not by a retailer buying in bulk that would get this far cheaper than us mere mortals.

So, if we take Example 1 and Example 2 above you don’t really have to work it out do you? Well, just for you here goes. We would have spent $178 AUS on 2 products that we could order online from the UK for just under $47 AUS. Oh, and don’t forget that this online purchase would also include a ‘free’ two week delivery timeframe. I’m sure you can put up with that if you know you’re saving $131 in the long run.

But wait, I hear you say, what about the delivery timeframe of the Australian retailer in question? Well, again I won’t mention names but I did try their ‘free’ delivery on a half dozen item order back in November 2010 (pre Christmas rush) and let’s just say that it took 3 months (yes you read that correctly, it took three whole months) for all of the items ‘THAT WERE ALL CURRENTLY IN STOCK AT THE TIME OF ORDER’ to get to my delivery address. No, I did not live on a desert island and have ball called Wilson. Needless to say, I didn’t take them up on that service again….

One final point: The great local talent of Australian artists isn’t always available overseas and we find that the prices that are charged for these items by the local record companies and distributers are usually pretty fair. In these instances we’d always rather put money into local artists pockets than overseas sellers. However, unfortunately it sometimes has to be via the same Australian retailers mentioned above.

Reference Material For This Article:

The following May 2011 report by CHOICE for their ‘Submission to The Productivity Commission Inquiry into the Economic Structure and Performance of the Australian Retail Industry’ provides some key data in relation to the price differences between UK, AUS and the US for both retailers, online stores and iTunes. Report link