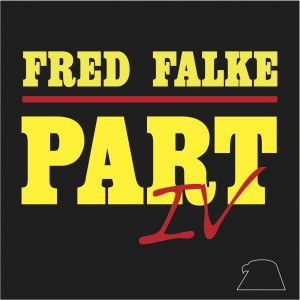 Fred Falke’s long awaited debut album ‘Part IV’ is due to drop in December 2011 and the good news folks is that it’s definitely worth the wait.

You may or may not be familiar with the many quality remixes that Mr Falke has produced for artists such as Sia, Metronomy, Lykke Li, U2, Annie, Gossip, Grizzly Bear, Ladyhawke, Little Boots, and many many more (the list literally goes on and on for the number of great remixes he has produced). Not forgetting too, his very excellent collaboration with Burns on the track ‘You Stopped Loving Me’ (Y.S.L.M.) which was a quality anthem from 2010 and into 2011.

The chances are that you will have heard one of his mixes somewhere over recent months even if you didn’t realise it.

So, what does his album Part IV have in store for us? Well, from the opening sun kissed and ocean drenched track ‘808pm At The Beach’ into the track ‘Back To Stay’ you’ll know that you are in for a glorious sonic ride.

After several listens, this album comes across more and more as a musical journey that you should take in whole in its entirety. At 72mins, that definitely sounds like a plan to us….maybe next to a pool or watching the sunset in some exotic palm tree’d location. However, saying that, each track on the album can be more than happily be listened to on it’s own in bite sized wondrous snacks.

Ok, back to the album. ‘Electricity’ sounds like a Midnight Juggernauts production or a hot off the press track from the new Justice album (all in a good way). Whilst, ‘Omega Man’ has all the hallmarks of an instant classic that sounds like a re-edit of a Tangerine Dream dance track…maybe it’s the keyboard plinking in the background that reminds us of their track used in Risky Business.

We’ve also had the track ‘Chicago’ on our playlist here for some time now and it’s great to hear a slightly extended edited version on the album. It’s quite unlike some of the other Falke tracks out there too and the deep house throb loop on this one makes for a stomper of a track. “What ya’ gonna do in Chicago?”

‘Aurora’ and ‘Look Into Your Eyes’ are definitely standout tracks on the album. The first is an uplifting instrumental track and the latter is a looped disco classic if ever there was one, in the style of Y.S.L.M.

It’s fair to say that whilst this is definitely a house dance album, it is also fairly eclectic in styles used too. Check out the album closer ‘Memories’ and you’ll know what we mean…did Vangelis circa. Blade Runner soundtrack make an appearance here??

So, summing up, it’s an album that we’ve been looking forward to since Fred Falke first hit the remix scene and this one has not disappointed us. This one should be on your music radar when it gets released in later 2011.

In the meantime, check out the sunset vibes of ‘808pm At The Beach’ below and keep those eyes and ears open for a release date on that sunset horizon.

Fred Falke – 808pm At The Beach by Fred Falke