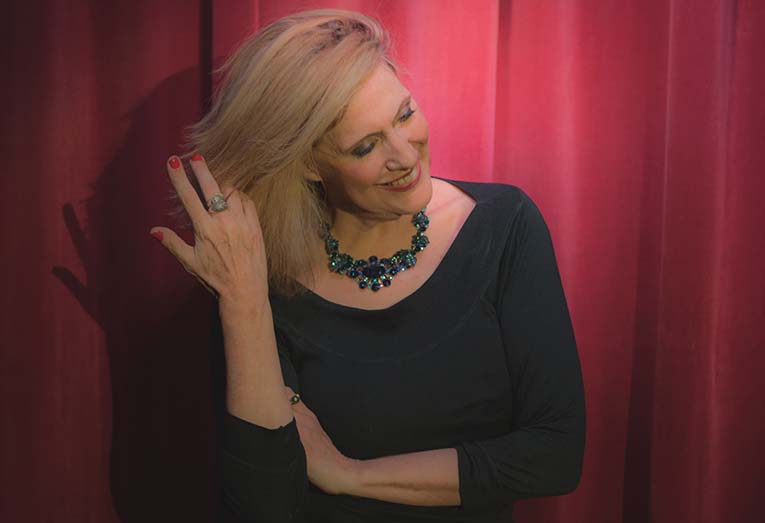 When you search your local gig guide, and you see that a legend like Renée Geyer is playing a show, you really have no choice but to see her.

She might ramble, doesn’t always complete a song, looks distracted, but oh my god when this woman focusses she can sing a song and bring you to tears. The voice is husky and still powerful where it seems to emanate deep inside her body –  inside her soul. On stage she is an emotional contradiction, sometimes terrifying, sometimes vulnerable, sometimes looking bored, sometimes loving, sometimes funny and always honest. And all the time, you feel love for her, because she is Renée Geyer and she has forged a career that has stemmed for forty-eight years. Tonight, despite sweating under hot lights and stinging eyes due to running mascara, the show goes on. Respect is due to one of Australia’s greatest blues and R&B singers and a great interpreter of song.

As she starts proceedings, she gives a tribute to the recently departed Spencer P. Jones. He is not the only person that she gives a tribute to – Aretha Franklin is a woman that Renée loves so much that she has a tattoo of her name on her arm. She does a vocal interlude and indicates that Aretha was never showy about her voice and didn’t do those vocal “curls” that some singers do (take note The Voice or American Idol) – but that she was simply an amazing singer with a gifted voice coupled with strong faith.  She shares a story that mid-way through her career she purposely decided not to play Aretha’s music in fear that she would feel second rate. There was no reason for that – Renée is simply brilliant – listen to her albums specifically It’s a Man’s Man’s World (1974), Blues License (1979) or Difficult Woman (1994) for testament to this brilliance.

Renée is backed by a brilliant band – including one of Australia’s best guitarists, Charlie Owen – she acts as a conductor leading the band to play intense or soft – she sings songs from her large repertoire such as “Heading in the Right Direction”, “The Thrill is Gone” and “Sitting in Limbo”. The Paul Kelly penned songs seem to match her emotional intensity  the best – including “Difficult Woman” – a song written specifically for Renée and potentially about Renée, “A difficult woman/Sometimes hurt her friends when she don’t mean to”. 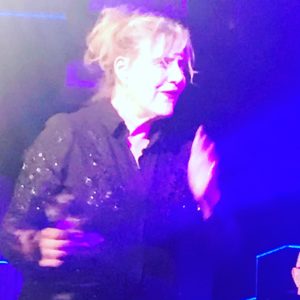 The biggest emotional impact comes later with “Foggy Highway” – a song penned by Paul Kelly – the depth and feeling she delivers is almost tangible – that feeling of being lost and lonely in the wilderness is something that she is able to convey with such intensity and meaning. She reverberates with emotion – a transporter of pure unabashed forlornity.  It made me cry.

Yes, she might meander on stage, but when those flashes of vocal brilliance come, they nullify any foibles. As her set comes to an end after approximately 90 minutes, I leave the venue feeling so much happier for seeing her, and having a greater appreciation for her and her back catalogue.

If Renée comes to your neighbourhood, you have no choice – go and see her!