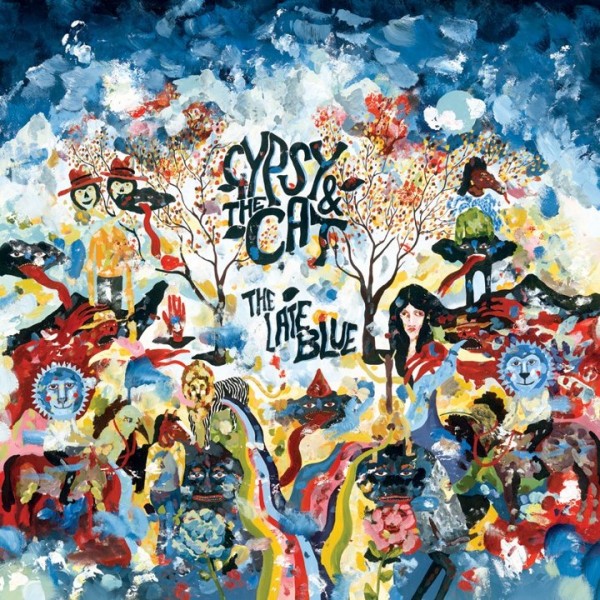 Well then.  Gpysy & The Cat are about to drop their 2nd album (I hate the word sophomore) and The Late Blue is a different beast to their first album ‘Gilgamesh’.  It’s all good though and whether you’re a fan or new to Gypsy & The Cat, you are in for a treat.

2011 was a great year for Gypsy & The Cat.  We caught them back in January 2011 when Kimbra and Buchanan supported the band.  What a gig that was!!  Then Gypsy & The Cat went on to support Kylie Minogue in her stadium tour in Australia.  We caught them then as well and the tracks from Gilgamesh were definitely crowd pleasers that must have been written as stadium sized anthems!!!  Eargold!!

This all leads us to the new album that drops next week.  The album opener ‘Only In December’ sets the tone for what is surely destined to be a summer cruising album.  It’s dreamy and a hazy lazy summer day track.  The new single ‘ Bloom’ sounds like they’ve lifted a track from The Cure’s album ‘Wish’ with the gorgeous guitar riffs that would make Echo & The Bunnymen proud.  Again, it’s another glorious summer anthem that will get you excited for the album release on 19th October.

‘Broken Kites’ has to be compared to Gorillaz.  In a positive way of course.  It oozes Albarnesque vibes that leads into the album title track The Late Blue which turns the direction of the album into a more psychedelic sixties affair.  Particularly with the track “It’s A Fine Line’ which borders on Peter, Bjorn and John vs. Pixies vs. Beach Boys.  Again….the theme of dreamy tunes is consistent throughout.

‘Valley of Kashmir’ takes into Air territory.  The only drawback is that it is far too short.  But that’s the point of a great track.  It makes you come back again. ‘Zombie World’ draws comparisons with early Cut Copy.  Love the slapping bass on this one.  Play it whilst you’re watching the walking dead.

Fortunately all of the band and sounds comparisons I’ve listed above I love and this album will definitely be one I’ll be playing a lot this summer (Southern hemisphere Australian style).   It doesn’t immediately scream out at you as a commercial album so there’s not much single  fodder on offer here but that’s not a bad thing sometimes.  It will be interesting to see what the tracks are like played live.

In the end The Late Blue is an album written on the road, recorded in the country, to be played in the city. And come to think of it, it’s more than Brooklyn, it’s every city, the glass spires and stone temples, the cobbled streets and snaking freeways, the sandy deltas and neon grids of life, the museums and mega-clubs, at their centres the beating heart, the sigh of a million people as spring quietly slips into summer.

You can catch Gypsy & The Cat playing a small number of gigs before the end of 2012 as a promo tour for the album.  Check out the dates below and get playing the new single ‘Bloom’ below too.  I’m telling you….The Cure guitars on show here.  Yes indeed!! 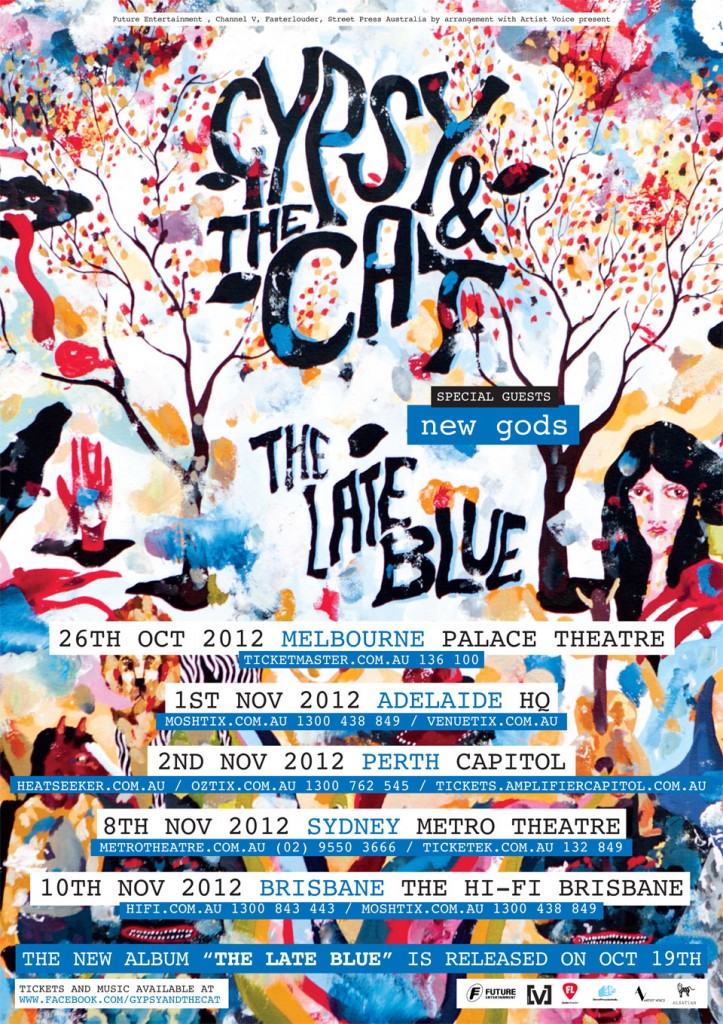