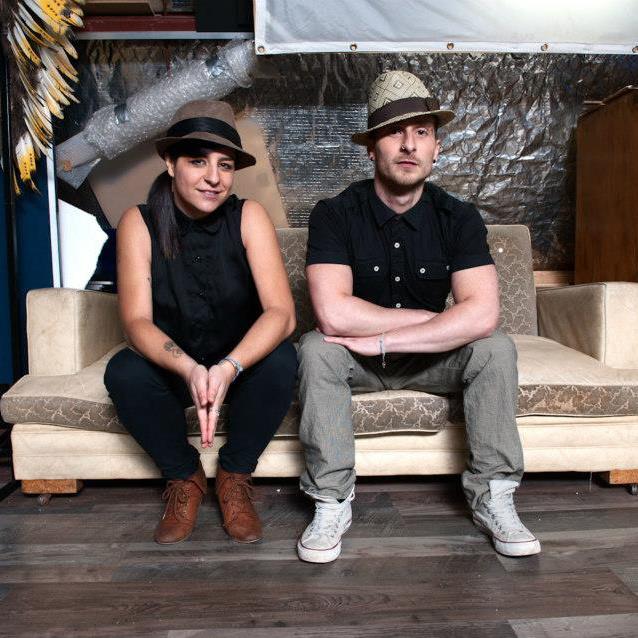 We are going to slap you around the face with a double audio whammy of eargold joy from Melbourne’s Bec & Sebastian.  These guys are twins, so we thought it would only be fair to bring you two amazing tracks from them.

We caught an acoustic set from Bec & Sebastian in Sydney in October 2012 as part of the Brown Brothers Music Unbottled stage.  It was part of the Crave Sydney International Food Festival at the Hyde Park night noodle markets.  Yum to the wine, yum to the food and yum to the ear candy we were lucky enough to catch.  There were a number of bands playing that we caught but no one triggered the radar more than Bec & Sebastian.

It’s not often you get to see a band that play covers and originals that seamlessly integrate with each other and that keep the audience going when they don’t know some of the numbers that are being played.  A sign of a crowd holding good band we say.

The big thing here too is that the tracks that Bec & Sebastian have written and sing on are outstanding.  Both ‘Battle’ and ‘It Comes To An End’ are simply sensational tracks that will make you hungry for more from these guys.  We certainly are.  You know how it is when you hunt out as many of their tracks as possible and find that you still want more and more!!

Check out the video of their acoustic cover of Jessie J’s ‘Price Tag’ and you will know what you missed in Sydney.  Also make sure you get your audio fix of both of their original tracks below.

Watch this space for more Bec & Sebastian (as we write this, they’re auditioning in the next round of The Voice) and we can see a lot more YMR future in store for these guys too so that we can ensure we get this great band out there to you and to the masses.  Watch this space!!!