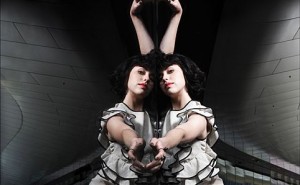 Get ready to break open your piggy banks and cascade those coins towards your nearest music retailer. Kimbra has announced that her debut album ‘Vows’ will hit the stores on September 2nd (August 29th for you lucky lot in New Zealand).

I’m not the most patient music lover when it comes to chomping at the bit for a debut album and I’ve definitely had a massive craving for this release. I’ve been wearing Shooks ‘streaming’ remixes of her tracks as patches to keep me going.

Bring on September, some spring sunshine and a fantastic Kimbra debut album!!! I’m sure there will be a promo tour to go with this announcement, so as soon as we hear the news, we will let you know.

In the meantime, woo hoo to September 2nd and if you need to get a Kimbra fix before then, check out her many talents on iTunes with her solo tracks, the new Gotye track (check out the fab video with stop start animation by Darcy Prendergast) and also the great Miami Horror track too: