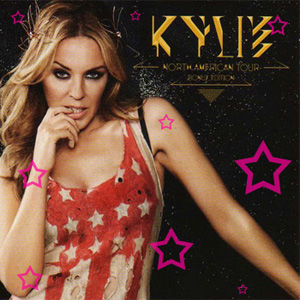 With all things Kylie being quite topical in Australia this week with her tour hitting our shores, I thought I’d share some live and intimate tracks that are not available over here (tracks can only be purchased from America).

Tracks 1,2 & 3 were taken from Minogue’s BBC Live Lounge session, and tracks 4 & 5 are from the singer’s October 2009 appearance in New York City.

It is a shame that this isn’t available in Australia (other than on import) as the BBC Live Lounge session tracks are very up close and personal and bring out a raw quality that is missed on the glossy studio productions. These tracks come close to an MTV Unplugged performance but without the cheese of the audience being brought along for the ride.

There have been suggestions and rumours that Kylie would like to perform some intimate gigs in smaller venues and from the sound of tracks 1,2 & 3 this would almost certainly be an awesome affair and would be an amazing performance to see where ever you are in the world.

Here’s hoping that Kylie brings out an Australian Tour EP that holds similar tracks to the BBC Live Lounge EP.

In the meantime, I’d have a listen to the track below: