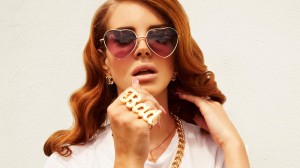 We heard a sneak peek of the track ‘Radio’ this week from Lana Del Rey’s up and coming album ‘Born To Die’ and we reckon that this track is going to be an absolute smash.  This is definitely Lana’s secret weapon on her soon to be released album.

You know a track is good when people go to the effort to record it and put it on YouTube from a gig, as that’s the track that sticks with them.  They haven’t even got the album yet but that’s the one that gives them the goose bumps!!!

After listening to this track this week, the ‘spider sense’ was going off big time and we reckon that this track will stick with you too…maybe not as much as Video Games but definitely more than Blue Jeans, Born To Die or any of the other tracks that have leaked in the last couple of weeks. They’re all a 9 but this track’s definitely a 10. Plus, regardless of any other track and hype she’s had so far, it is a damn awesome track that stands up on its own, without any hype if you took the other tracks away from what you’ve heard so far.

The YouTube link below should more than do the job for you for giving you goosebumps.  There’s plenty online at different concert locations for this track but we reckon this one has a better sound quality going than the others and of course you can see her.

Roll on next week when Lana’s album get’s released and roll on too to March 2012 when she hits SXSW.  We reckon we’ll have to queue for sometime to get a good spot in Austin but it will be more than worth it.  Make sure you wait for the official release of the album and don’t do the illegal download option as we’ve seen that the album has unfortunately leaked in some locations.  Deliberate on the part of the label?  Who knows these days…it’s hard to tell.  What we can tell you though is that if the Radio track that features on the album is the same one we heard in the sneaky peaky, then we’re all in for a treat.  We’ve assumed that it’s gonna be a single too here as there’s no way it won’t be.  Yes, it’s that good!!!

In the meantime to all this, check out the video below!!!

Also, make sure you check out the snippet preview of the Lana del Rey Shooting by Sean & Seng.  It’s looks very cool.