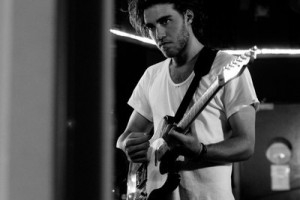 Matt Corby’s has had a good January so far.  His ‘Into The Flame’ EP, featuring the current hit ‘Brother’ was certified Gold after just two months.  He has also equalled Washington’s venue record at The Corner, Melbourne with 5 consecutive sold out dates.  Not to mention the #3 placement in Triple J’s hottest 100 for 2011.

If that wasn’t enough, he’s also been lined up for SXSW in Austin, Texas for a showcasing artist slot which should only  go towards an amazing launchpad for 2012 for his career both in Australia, the US and hopefully worldwide too.

If you are reading this from outside of Australia, you just need to do one thing today and that is click on the track ‘Brother’ below.  You’ll understand why we’ve posted this track up.  It’s a simply stunning and beautiful track.  If you live in Australia, there’s probably a good chance that this track has missed you too…if so, give it some ear time.

Matt will embark on his run of sold out dates across the country through February and March, which include multiple shows in Melbourne (5 x The Corner), Sydney (4 x Oxford Art Factory), Brisbane (2 x Alhambra Lounge), Adelaide (2 x Jive bar) and Perth (1 x Amplifier). Supporting Matt on this national run will be Sydney 4 piece, Tin Sparrow.

In addition to the National tour, Matt has announced another run of ‘Secret Garden’ fan shows, which will see him continuing to pop up in fans gardens around the country to play intimate acoustic sets. The ‘Secret Garden’ fan shows are tricky to track down and secure a ticket to; but those who manage to make it will not regret it. Matt has played over 40 shows to 4000+ fans in back gardens this year alone.

The current single ‘Brother’ continues to be one of the most played on alternative radio nationally with Corby being nominated for two FBI SMAC awards this week, which he will perform at on Thursday evening. Then on Friday Matt will join Triple J’s breakfast team to perform his take on a surprise track for the shows segment ‘Like A Version’, as well as performing an acoustic of ‘Brother’ live to air.

Matt is also supporting Feist at her Adelaide show in February.  A perfect gig if ever there was one.

In March, Matt heads to the US and UK to play a string of soon-to-be-announced headline dates and start work on his highly anticipated debut album, expected later this year.

Matt’s just announced on his website that there will be a very very limited number of EXTRA TICKETS made available for his sold out gigs that will be going on sale at 9am Monday 30th January.  If you are one of the fans that missed out on tickets, we suggest that you get onto the site that does the tickets for the following venues pronto at 9am tomorrow!!!!

We also recommend that you check out the damn fine ‘Lancelot’ remix below that takes the track ‘Brother’ into another place altogether.

INTO THE FLAME NATIONAL TOUR DATES: