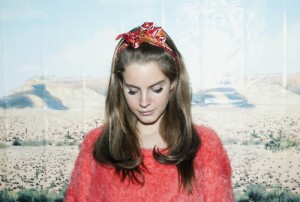 It’s tracks like ‘Video Games’ and artists like Lana Del Rey that are the reason this website/blog was set up in the first place.  Lana Del Rey needs to be shouted from the roof tops and plugged away for her brilliance to be out to the masses.  Read and listen on and you’ll understand why she might just have written the most amazing song to hit your ears for a long time.

I came across Video Games amongst the many tracks that you go through sometimes, hoping to get that spider sense tingling of a new amazing track and artist before your get past the first 10 seconds… and I just had to stop what I was doing when I heard this track.  In fact, I clicked on play again afterwards to go back in for a 2nd listen.

If you thought Mr Little Jeans had run off with the gold medal for the best downbeat track of the year with the likes of their cover of The Suburbs, I think we might all have been mistaken. Lana Del Rey has trumped that track with a blinding original song.

What a voice!!! If Lana was around in the 1950’s, she would have been singing in a film with Gene Kelly and Fred Astaire as she has a voice that sounds like it is from a another time.  I’ve not heard a voice like this probably since I first heard Amy Winehouse back in 2004.  She could be a bit of a country/bluesy Doris Day, if you know what I mean.  Some are describing her as the new Nancy Sinatra. They’re not far off!!!

Video Games is the debut single by Lana Del Rey AKA ‘Lizzy Grant’.  She describes her genre as hollywood pop/sadcore and when you listen to her debut track, you’ll know exactly what she’s talking about.  She was born in Lake Placid, relocated to New York and spends most of her time in London and is hoping to get her debut album out sometime in 2012.  Let’s hope it is sooner rather than later as I just cannot wait for it.

When I listened to the track originally, I was hit by how amazing and spine tingling it was.  However,  when you watch the video that goes with it, it makes the track twice as haunting…if that’s possible.   I’m not sure if the clips used are from some old 1950’s movies (and games obviously) but there is a clip at the beginning that is very similar to the old David Niven film ‘A Matter of Life and Death’ from the black and white heaven scenes and when you match the same haunting harp sound ‘scene’ (which was similarly used in that film) it really does give you the shivers because this track is so damn good.

When I watched the video with the grainy footage of the US flag and the tugging at your heart harp strings, with all that is going on in the world right now with US economy, world financial markets and UK riots, it kind of makes the track feel even spookier and more poignant.

Lana Del Rey might just be my favourite discovery of the year so far.  I’m desperate to get hold of more Lana Del Rey and you should be too.  Make sure she is on Your Music Radar as soon as you can as if there is any justice in the world, Lana Del Rey is going to be a massive musical presence in our lives in 2012 and beyond.  We are in for a musical treat over the coming months and next couple of years if the trend for these types of artists is continuing (think of Adele, Paloma Faith, Corinne Bailey Rae and Kimbra and you’ll know what I mean).

Lana Del Rey recently signed with Stranger Records (also home to the marvellous Penguin Prison) and Video Games / Blue Jeans are due out for release in October 2011.   Pre order it here now on Stranger Records.

In the meantime, please please listen to this track. I guarantee you won’t be the same afterwards…..shame the original video got pulled from YouTube too due to copyright issues as it was an absolute belter.

Check out Lana Del Rey on the following: