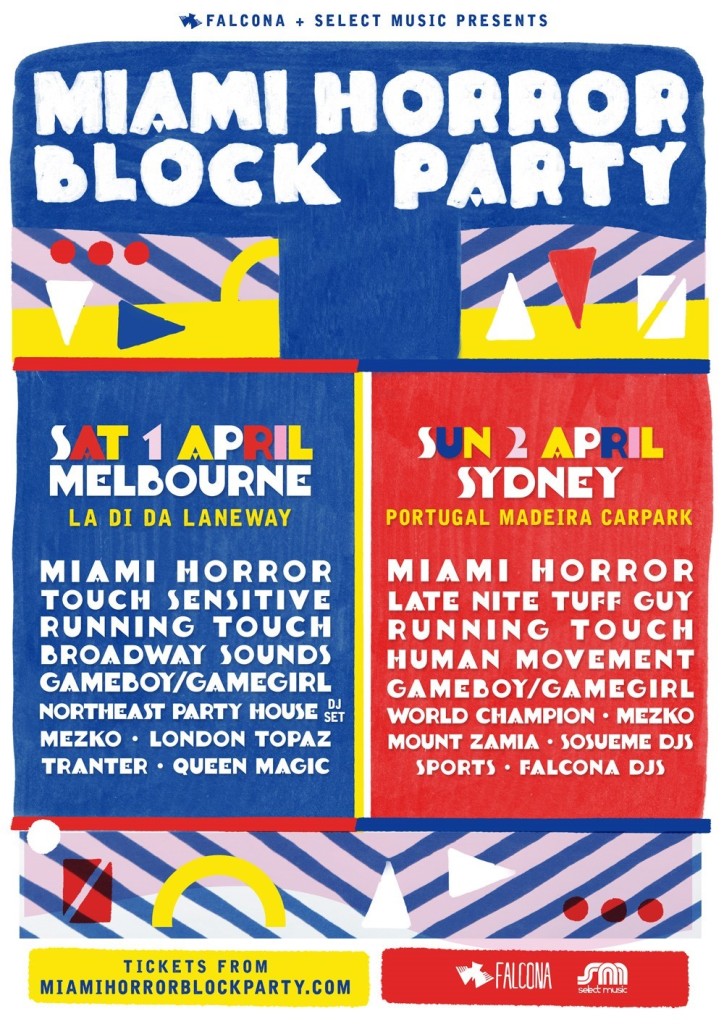 It’s been two long years since Melbourne’s Miami Horror released All Possible Futures, a game-changing album that put the electronic/indie/pop four–piece in a league of their own. Today, Miami Horror announce their return to the studio and are throwing two massive block parties to celebrate. Taking place in Melbourne and Sydney, each block party will help celebrate Miami Horror’s forthcoming conceptual release, which focuses on the amalgamation between music and visual art.

The block parties will not only celebrate Miami Horror’s forthcoming release, but also feature a heavy art component. With more details to be revealed, get set to witness the music sonically & visually in an extension of the band’s ideas and experiences.

Since the release of their debut album Illumination in 2013, Miami Horror has toured extensively across the globe, showcasing their diverse mix of influences, whilst living between LA and their hometown of Melbourne. Along with other Australian acts including Cut Copy and Total Giovanni, Miami Horror have helped in the rebirth of disco creating their own brand of internationally recognised electronica and have become an absolute staple on dance-floors worldwide.

Miami Horror continue to stretch their creativity to its absolute fullest. Don’t miss out on welcoming back one of Australia’s most prolific electronic outfits and join them at one of their epic block parties in April!