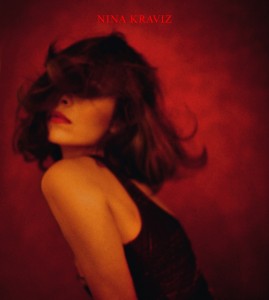 A few weeks back, we knew a little but not a whole lot about Nina Kraviz.  However, after listening to her debut album it is fair to say that we will all be hearing a whole lot more of Nina Kraviz in 2012 and beyond (either through this album release or through her amazing production talents).

We are big fans of artists and producers like this that are coming up through the ranks (think of Maya Jane Coles and you’re not far from Nina Kraviz).  One listen to her track ‘Ghetto Kraviz’ which has gone down a storm online already and you know you’re in for an awesome deep tech house ride with this album.

Muscovite Nina Kraviz has risen swiftly to the top of many peoples’ ‘favourite producer’ pile in the last two years. It’s her simple but infectious take on deep house and techno which has seen the starlet release on connoisseur labels like Underground Quality, Cocoon, BPitch and Rekids.

Album opening tracks ‘Walking In The Air’ and ‘Aus’ are two stunning tracks that set the scene for the audio delights you are about to soak up.  Then ‘Ghetto Kraviz’ comes along and slaps you in the face with how good it is.  So good in fact, that there’s a few remixes of this track floating about at the moment.  We’ve included the Whitesquare remix below as we reckon that this one is as good (if not better) than the original version.

The track ‘Choices’ is also a smokey chilled out affair that is one epic track on the album.  We’ve got our hands on an exclusive remix by Man From Lucania of this one and it’s a remix delight of a re-edit.

If you’re a fan of deep ‘but chilled’ house and like Roissin Murphy (Nina does have a Roissin kind of slick style going on here) then this album is definitely one for you.  It’s all quality and all outstanding.  You might not have heard anything like this before…

Check out the sneak peak and the remixes below of the tracks ‘Ghetto Kraviz’ by Whitesquare and ‘Choices’ by Man From Lucania.