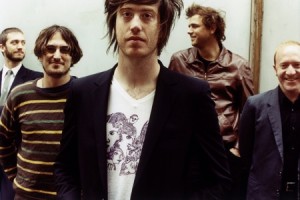 The supports for Okkervil River’s upcoming October tour have been announced. Joining the Texan five-piece in Sydney and Brisbane will be Mike Noga, acclaimed solo artist and drummer for the much loved Melbourne band The Drones. Local lads The Ghost Hotel will open the night in Perth with their blend of guitar driven pop-rock and country.

Okkervil River’s sixth album, I Am Very Far, is a startling break from anything the band has ever created before. Terrifying and joyous, violent and serene, grotesque and romantic. It’s a celebration of forces beyond their control. Lead by the commanding and charismatic Will Sheff, who Pitchfork described as “one of the best lyric-writers in indie rock”, Okkervil River deliver a realness and raw quality that makes their audience feel at home in the room, taking the crowd from rowdy sing alongs to silent intense listening.

In addition to their previously announced Melbourne Festival shows, Okkervil River will bring their gritty lyricism and rambunctious blend of country, folk and rock to audiences in Sydney, Brisbane and Perth.

“On the six-piece’s busy new record, the band take a shot at creating their own signature hits, offering up songs such as the thrilling Rider, where a sweeping rhythm and contained, propulsive strings combine in the manner of Arcade Fire” I Am Very Far review in The Age / Sydney Morning Herald

“The noise they make is thrilling.” Uncut

I Am Very Far by Okkervil River