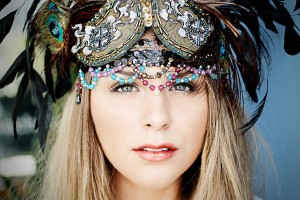 Are you familiar with Owl Eyes? If not, then you should make it your mission to listen to her, as she is one of Australia’s up and coming hot talents and will be not far off a household name by this time in 2012.

I was thinking long and hard for this one on how best to describe the vocal talents of Brooke Addamo (Owl Eyes) and it hit me that it sounds like she has channelled the mighty vocal and songwriting talents of Saint Etienne and the voice of Sarah Cracknell. If you know their many great tracks, including Heart Failed In The Back Of A Taxi and You’re In A Bad Way, then you might just think my comparison is on the money. Either way, it’s a complement for both bands as Owl Eyes definitely write, sing and perform some quality tunes.

Owl Eyes debut EP ‘Faces’ was out in 2010 and her Raiders EP was released in July of this year. Owl Eyes also featured on last year’s track by Illy ‘It Can Wait’ which was another a quality tune of a catchy variety.

Personally, I think all the tracks that feature on both EPs are great songs. However, there is a depth in song writing and production on the new EP that shows that there is something special in the making of her song writing talents.

The Raiders EP features the tracks Raiders, Wait, Closer and Pieces. My favourite on the EP is Pieces and I was definitely one of tracks I was looking forward to hearing most at the gig.

I was lucky enough to get tickets to the L’Oreal Fashion Festival last year to catch Owl Eyes who was the festival opener.  That ‘mini gig’ preview just got the appetite going even more for some quality tunes live.

Ahhhh, the live tunes. That brings me to the show at Northcote Social Club in Melbourne last night (Saturday 20th August) which was pretty special stuff. After the drama of my tickets taking an unusual amount of time to come through in the post (I thought they’d been lost and with a sold out show I thought I’d miss out) but it was all worth the wait and the apprehension in the end.

We walked in to catch Split Second who were the last supporting band of the night and good vibes were to be had in q big way. It’s a shame that they didn’t have any EPs for sale at the gig as I’d have picked one up (there were several others hunting out their EPs too but to no avail).  I’m looking forward to catching these guys again soon. Keep your eyes out!!!

After checking out the Owl Eyes merchandise we picked up a pretty cool Owl Eyes tote bag.  Just after getting it, we were approached by a couple who asked what we bought and it turned out to be Brooke’s mum and dad.  After a great chat (and a quick drink with them) it sounds like Brooke’s got plans in the pipeline for more tracks over the coming months and hopefully and an album out either late next year or into 2013 through Warner Music Australia.  She’s definitely got some busy promo times ahead both with this tour and a great supporting slot coming up for the Wombats in October.  She’s definitely making her folks very proud!!!

Back to the gig, Owl Eyes came out to a sell out show (and at the time of writing this, the 2nd show had just sold out too for Sunday night).  From the word go she didn’t disappoint.  The set list covered tracks from the Faces EP and the new Raiders EP and there was even a thumping rendition of Foster The People’s ‘Pumped Up Kicks’ which took the crowd up another level.  I wasn’t sure whether the gig would be folky or upbeat (a bit of a hybrid of both) but it definitely did not disappoint the crowd.  The gig tonight hit the spot perfectly, particularly when Brooke shared with us that she wasn’t feeling well…although you couldn’t tell as her vocal energy on stage was awesome!!!  The crowd definitely left satisfied, particularly when Brooke came down into the crowd after the gig to sign merchandise and chat with the fans.  A true star in the making.  PS.  Thanks for signing the tote bag too.  I’ll keep that for when you’re making mega bucks!!

Do yourself a favour and get the talents of Owl Eyes on Your Music Radar now as her talent is seriously going places!!! It was a special event last night and I can’t wait for the future Owl Eyes EPs and the debut album to hit the shelves….all probably later in 2012/2013 just in time for an ARIA award no doubt.

In the meantime, check out the Raiders video and the title track from her debut EP below:

Get tickets for the upcoming Owl Eyes gigs here: