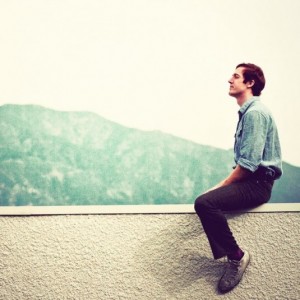 Well, I’ve just streamed an album premier preview of Active Child’s debut album ‘You Are All I See’ and let me tell you this. It is show stopping stuff!! Pat Grossi has pulled out some classics with the consistency of 2010’s Curtis Lane EP.

It comes as no surprise to learn that Pat Grossie was once a choir boy as the heavenly vocals on this album are astounding. He’s like a male Julianna Barwick mixed in with the Junior Boys, Bent and Washed Out. A quality affair indeed.

Active Child have said that their album “is an attempt to build a bridge between the listener and the band”. Quite frankly, they’ve done an awesome job of doing just that. It’s hard to pick a favourite from the track list but if you put a gun to my head, I’d have to say that ‘Hanging On’ is a significant piece in the jigsaw of this album that you just have to keep going back in for more of….I’ve played it several times on repeat already. Check out the White Sea Remix of this track too.

If you are in the US, then get yourself along to see Active Child in a city near you as the show promises to be something quite special and from August 30th through to September 13th you also get the might of Com Truise supporting. Bonus gig if ever there was one!!!

Check out the premiere event streaming of the album below courtesy of The Hype Machine and get yourself on iTunes or Amazon to pick yourself up a copy of this masterpiece.

Check out Active Child on their office site here too.