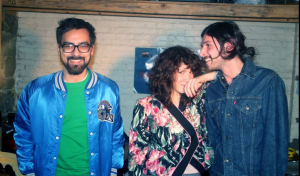 The track ‘Gun Shy’ by Widowspeak has those guitars that featured in a lot of classic Pixies and Lemonheads tracks.  When you see that one of the other tracks they’ve done is a cover of Wicked Game by Chris Isaac, you get the feeling that Widowspeak could write the soundtrack to the next big western movie.

I love this track as it makes me also want to dig out my old Belly CDs.  Quality vocals, quality guitar and quality song writing!!!

Give ‘Gun Shy’ a listen below and have a cheeky little listen to their cover of Chris Isaak and you’ll know what I mean about the western movie soundtrack.