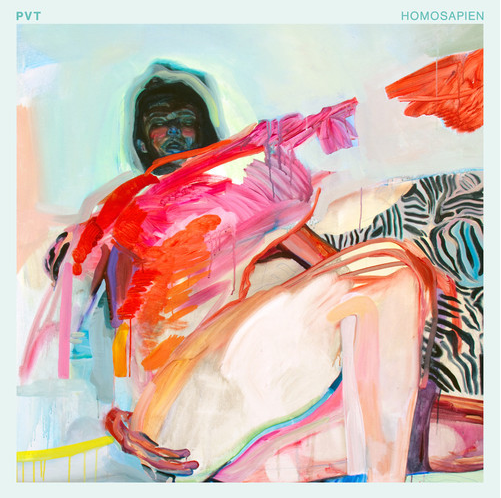 If you have been keeping track online this week, PVT have been spreading the good word of their audiotastic new album Homosapien across 9 global music blogs in 9 days.  Today’s #9in9 premiere is right here and right now on Your Music Radar with the track ‘Love & Defeat’.

The clock is counting down to PVT’s release of their fourth album Homosapien (due out in Australia on Friday, February 8) and as each of these premiered tracks are dropping, it’s fair to say that the picture that is developing for this album is one quality production.

The intro of the track ‘Love & Defeat’ reminds me a little of Depeche Mode’s ‘The Sweetest Perfection’ and then we’re straight into what sounds like  Icehouse territory (with a bit of Blancmange and Thomas Dalby thrown in for good measure).  If you’re reading that sentence and going who the hell are those bands? Track back into some early Eighties global gold bands and you’ve got just what we have here in-between your ears.

I agree with Mr Pike on his comments below, there is definitely a flavour of true Australian rock in this track.  It’s the kind of track I’d put on a playlist if I was doing an Aussie road trip next to INXS, Midnight Oil and Men At Work.  In fact, saying that, this would seriously go back to back very well with Virgin Magnetic Material’s subtle remix of Men At Work’s classic track ‘Overkill’ – check that out HERE.

If you are not familiar with PVT, they are comprised of the brothers, Richard and Laurence Pike as well as multi-instrumentalist Dave Miller.

Here’s what Laurence Pike had to say on the track ‘Love & Defeat’ from the forthcoming album:

This track was one of the last to be completed for the album, in fact I think Richard tracked the final vocal a couple of days before we mixed. We argued a lot about this one in the final stages of writing, mainly because we knew it was an important track for the record as a whole, and I think as the deadline for the mix approached it started to put a strange pressure on it, unlike the rest of the album, which seemed quite effortless.

Our photographer Mclean Stephenson described this as ‘the great Aussie rock single’ when I first played it to him, which I quite liked as I think it does have something inherently Australian about it, something expansive and hopeful. It’s essentially a song about giving yourself completely over to something, or someone, even at your own expense. Triumphant foolishness I guess.

If you’ve missed any of these tracks or want to hunt down the next ones as they hit the blogosphere, check out the list of tracks below and clicking through to those blogs.

The Nine PVT Tracks on Nine Blogs are:

Listen to the PREMIERE of ‘Love & Defeat’ below and get swept away:

Tickets to PVT’s Homosapien Tour throughout March are on sale now, with Homosapien available to order for a special price with every ticket purchase. For details and information on the tour and how to pre-order your copy of Homosapien head to create-control.com.