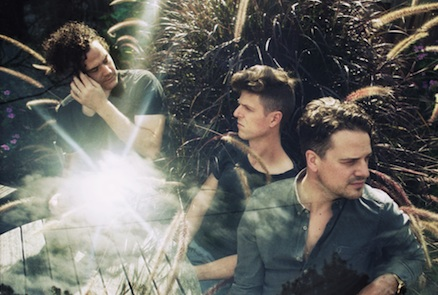 PVT are about to release their fourth album Homosapien in Australia on Friday, February 8. But before its official release, the band are giving fans around the world an advance listen by releasing one track from the record each day on nine different blogs, including Your Music Radar.

Comprised of brothers, Richard and Laurence Pike as well as multi-instrumentalist Dave Miller, PVT have explored the outer reaches of electronic rock since their 2010 debut as PVT (formally Pivot), ‘Church With No Magic’. Placing a higher importance on vocals, ‘Homosapien’ sees PVT more open and intimate than ever before.

Spreading the good word of PVT across the globe is an awesome way to get the new album and the tracks out there and we honoured to be listed in there with some of the finest music sites out there at the moment.  If you’re not familiar with these music blogs, make sure you get onto these sites before, during and after the premiere dates.

The Nine PVT Tracks on Nine Blogs are:

You can get your audio fix of the two tracks out from the album so far of “Shiver” and “Nightfall” here.

Tickets to PVT’s Homosapien Tour throughout March are on sale now, with Homosapien available to order for a special price with every ticket purchase. For details and information on how to pre-order your copy of Homosapien head to create-control.com.

For info on the up and coming tour, check out the dates and links below:

If you want a sneak peek into the album recording to get you going in time for this week’s premieres, get playing the following video.

So you know what to do over the next few days.  Get onto those top blog sites listed above on each of the respective days to check out the hot new tracks (and they are smoulderingly good) from PVT and their new album Homosapien.

See you again on Saturday!