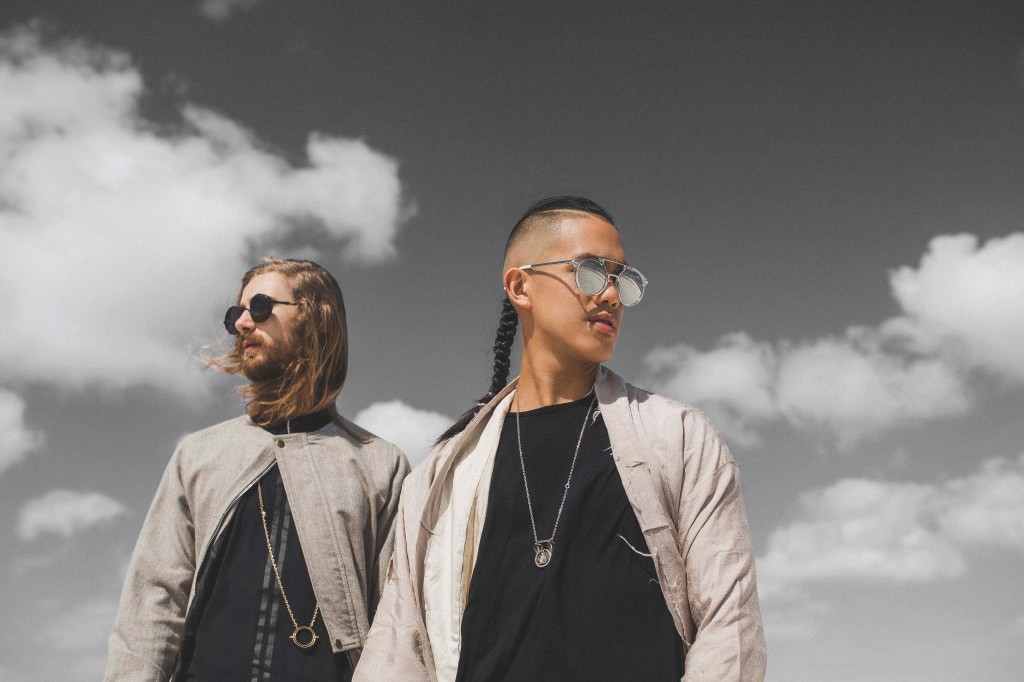 With their latest single ‘Fracture’ feat. Vera Blue sitting at almost a million streams and currently the most played track on triple j, and receiving a coveted spot on the upcoming Groovin’ the Moo line-up, today SLUMBERJACK announce the release of their highly anticipated sophomore EP ‘Fracture’. Set for release in April, the EP is guaranteed to house a slew of newsworthy features and collaborations yet to be announced. The news also comes with the announcement of their biggest and most ambitious Australian and NZ tour to date, kicking off in April.

2016 was a breakout year for SLUMBERJACK with the release of singles ‘Open Fire feat. Daniel Johns and ‘RA’ which peaked at #3 on the iTunes Electronic Chart, a national festival run including Splendour in the Grass, FOMO, Southbound, Beyond the Valley, and Mountain Sounds Festival, as well as Lollapalooza, Electric Forest and HARD Summer in the US, and a Guest Mix for Diplo & Friends. This time around, the duo joined forces with multi-platinum songstress Vera Blue who has performed ‘Fracture’ at many of the festival spots, proving itself to be a crowd favourite before it’s release in early 2017.

With support from world-renowned tastemakers including Beats 1’s Anna Lunoe, Skrillex, Diplo, Porter Robinson, Peking Duk, Ta-Ku, and What So Not, and recently signing to world-renowned dance connoisseur label Mad Decent overseas, 2017 continues to prove the duo as a force to be reckoned with.

Joining the Perth-based duo will be rising star, Kuren. With a new single of his own on the horizon, the SLUMBERJACK tour support news follows a stellar 2016 which saw Kuren release massive hit ‘Home’ ft Ben Alessi, set out on his debut Australian club tour and hit the road as main support for Just A Gent on his run of live dates around the country. He also performed at the NIMA’s and snagged a triple j J Award nomination for Unearthed Artist of the Year. To top it off he provided the soundtrack for Walkley Award Winning SBS documentary, ‘My Grandmothers Lingo’.

Adele – Easy On Me

Mixed the old with the new in lockdown again this

Also. Missed this side on view of @cornerhotel bar

Who'd have thought we'd be in a packed gig venue a

Time to get your 🦇 on with Skeletons, The Cutte

Slaying the 🎃 tunes for the weekend. #Repost

This is the first track that came into my head thi

I recently bought a vinyl player and one of the be

Today I cannot get enough of Markosa's Josephine 2

Another golden track to get you through the day is

My goodness. What a remix this is. @noraenpure can

Counting down to the release of @kylieminogue's #d