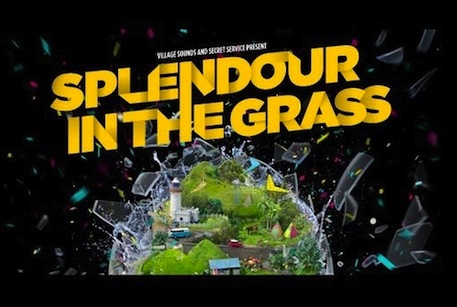 Virgin Mobile to roll out the red carpet to homes across the nation with an exclusive live stream of Splendour In The Grass 2012, including headline acts, Kimbra, Miike Snow, Ladyhawke, Band of Skulls and many more.

Splendour in the Grass sold out quicker this year than you could say “Splendour Bender Weekend Extender”, and knowing that there are more disappointed people that missed out on tickets than ever before, Virgin Mobile announced that it will once again be delivering a live stream of the festival. Virgin Mobile has announced a stellar line up expanding the live stream to a whopping 8 hours of exclusive content direct from field phone.

Following on from last year’s success where over 46,650 music fans tuned in to be part of the action, Virgin Mobile will be streaming performances from the likes of Kimbra and Miike Snow directly from the Mixup and Supertop stages at Splendour in the Grass 2012, on Saturday 28th from 3pm.

The exclusive Virgin Mobile Live Stream 2012 will bring non-festival goers uninterrupted live access to the festival’s gigs with a mix of live and pre-recorded performances and backstage artist interviews, bringing ‘music to the masses’ via its YouTube channel (YouTube.com/VirginMobileAus) and the official Splendour in the Grass app.

Check it out the trailer below for this at 3pm pronto on Saturday (if you’re not already there that is).