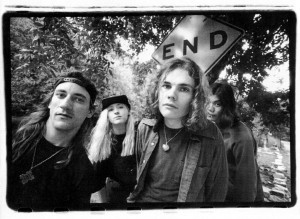 The Smashing Pumpkins, through EMI Music are due to release remastered versions of their first two groundbreaking albums ‘Gish’ and ‘Siamese Dream’.

I remember the first time I heard ‘Siamese Dream’. My mate and I sneaked into his house after a very late night out on the town to play the album when his parents were asleep upstairs. On first listen it was a complete contradiction of an act. How could we play such a great album so quietly? After that I had to go out and buy it the next day and the memory of this album lives on.

On November 29 in North America and December 5 internationally, EMI Music will launch an extensive campaign honoring the legacy of THE SMASHING PUMPKINS by reissuing the iconic alternative band’s first two albums–GISH (1991) and SIAMESE DREAM (1993), certified platinum and 4X platinum respectively–in CD, deluxe 2CD/DVD, vinyl LP, and digital configurations. Both albums, each with bonus content and special features that were curated from the band’s archives by founding member Billy Corgan, have been painstakingly remastered for the first time from the original master tapes by Bob Ludwig. *See all track listings below.

With the full support and guidance from THE SMASHING PUMPKINS–who’ve created one of the most acclaimed bodies of work in musical history, selling over 30 million albums–EMI’s global catalog reissue campaign will last through 2013; it will encompass all the band’s albums and B-sides from 1991-2000, with other release dates to be announced. The pivotal group’s many hits defined the alternative music era and continue to resonate on modern rock radio, influencing a whole new generation. Gish highlights include “I Am One,” “Siva” and “Rhinoceros,” while Siamese Dream features “Cherub Rock,” “Today” and “Disarm.” Both groundbreaking albums were produced by Butch Vig and Billy Corgan.

As THE SMASHING PUMPKINS get the fully remastered treatment via these reissues, the band is excited to be moving forward by creating new music. After touring America and Europe this fall–the trek launched October 5 in Los Angeles and wraps December 8 in Lisbon–they will release OCEANIA, “an album within an album,” as part of their in-progress 44-song work TEARGARDEN BY KALEIDYSCOPE. Featuring 13 new songs, OCEANIA will be released in early 2012 (further details TBA).

For the GISH and SIAMESE DREAM liner notes, Billy Corgan was interviewed by journalist/author David Wild. Corgan reflects on why these albums were hard-won triumphs for the band and discusses the origins of the songs.

In the SIAMESE DREAM liner notes, Corgan says: “We start the album out with ‘Cherub Rock’ which is basically my big F.U. to the indie world. If you read the lyrics, that was basically me railing against the hipper than thou New York indie mentality.”

Special features for both reissues include:

Deluxe versions of Gish and Siamese Dream will each include a bonus disc of rare and previously unreleased audio content.

Vinyl has been mastered specifically for the format.

11. Jesus Is The Sun (Apartment demo)

All songs previously unreleased except where indicated.*

All songs previously unreleased except where indicated.*