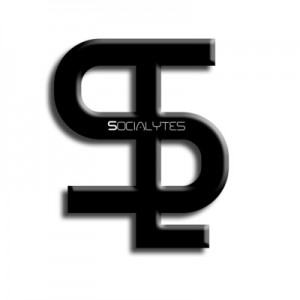 We’ve just had a sneaky listen to the track ‘Jumprope’  and we like!!!  We’re coming into Spring/Summer here in Australia and there might just be a gap in the market for some summer sun filled tracks brought to us by The Socialytes.

The Socialytes are an electro dance/pop duo, consisting of Cortez Crawley and Johnny Kreative. They are signed to their own independent company, The Kreatives and they do all their own production; instrumental, lyrics, vocals, mixing and mastering.

Cortez Crawley from Baltimore Maryland is a 19 year producer, and vocal artist and Jonny Kreative is one of the founders of The Kreatives. He’s only 22 years old but he is a producer, graphic designer, song writer, and artist.

When we first listened to their tracks, we were definitely thinking they have the sound Black Eyed Peas and have the fun vibe of LMFAO.  I’ve looked at what other reviewers out there in the blogosphere are saying about The Socialytes and they’re all pretty much on the money with that description.  When you listen to the tracks below, you’ll get that vibe too.  All definitely in a good way.

Thanks to the boys from The Socialytes for bringing us some quality tunes that should get us through the Spring months.  We look forward to watching them along their journey to bigger and better things.

Check out their tracks below (courtesy of The Socialytes):