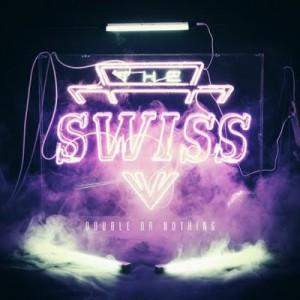 Louis La Roche has knocked the ball out of the park again with this triumphant mix of The Swiss with their track ‘Double or Nothing’. When it comes to a good remix, we are big fans of Mr La Roche who always comes up with the goods. Again, he hasn’t furnished us with disappointment.

The Swiss grabbed our attention back in November 2009 before Your Music Radar was born, was it really two years ago? Since catching them in their supporting slot for Ladyhawke in Melbourne and their subsequent signing to Modular, we’ve kept a close watch on these guys to see what morsels of disco funk electronica goodness would be coming our way.

The marriage made in heaven of The Swiss with ‘Double or Nothing’ and the remix by Louis La Roche is bliss to the ears and if we had a spoon big enough, we would scoop up as much of this glitter ball track as we could.

Get this on your heavenly playlists and get down with The Swiss as soon as you can!