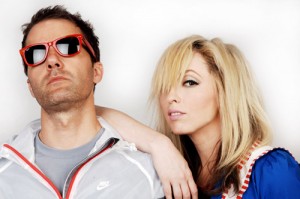 The Ting Tings have a new track out called ‘Silence’ and it’s been remixed by the good old boys ‘The Bag Raiders’.  A pairing of quality on both sides of the ocean.

Platinum selling British duo The Ting Tings are set to embark on a string of intimate shows with a creative difference as they team up with some of the best arts and music courses in the country as part of their ‘Show Me Yours’ UK tour.
Renowned for their artistic edge the band are on a mission to discover and champion new UK talent from the world of music, art, fashion and film.

They’re giving students the chance to create fashion items for them to wear, make a music video, mix their tracks and come up with poster and artwork designs. the work will then be used and showcased by Katie and Jules at each venue.

The band are set to release their new record early next year.