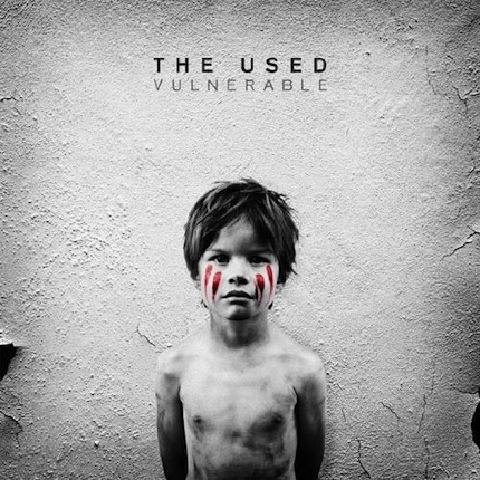 The Used have put out their fine new album ‘Vulnerable’ and this one will blast your socks off!!!  The first single from the album ‘I Come Alive’ has been receiving some heavy radio play recently in the US and we’ve got to say that there is a real air of early Silverchair meets Foo Fighters going on with this album release, and of course that means it’s all quality!

We caught up with singer Bert McCracken back in Austin at SXSW for a chat on the band and how the year is planning out and we have to say that anyone that can rock up to an interview with a beer in hand at 10 ‘o’ clock in the morning is fine with us!!! Rock ‘n’ roll we say!!  Not only that, we can also say that after an in-depth discussion on all things (including some luscious pork products) the mighty Bert admitted that he has a love for some good old pork crackling.  So that’s bliss to the ears and tastebuds Bert ‘McCrackling’ style!!!

So, what else can we tell you about The Used?  They have achieved both Gold and Platinum statuses in more than six countries so far and after listening to their album ‘Vulnerable’ they will surely rack up some more of those accolades.  Rightly so too!!!  The boys are about to embark on their US Headline Tour in May & June and their album has just had a release date here in Australia following their recent Soundwave Festival slots.

A message from Bert:

‘Vulnerable’ is for the real music fans. From the bottom of my heart to yours. My entire life I have always depended on music for safety and comfort. I know there are a lot of people that feel the same way. I wanted to share my passion for music on this record, and also inspire people to follow their dreams no matter what the cost. Please enjoy.

Check out The Used at their official site here.  You can buy their album here (AUS) and here (US).  We recommend you check out the deluxe version too as more tracks by The Used can never be a bad thing!!!

We’ve also attached a link to one of their great older tunes too for good measure!!