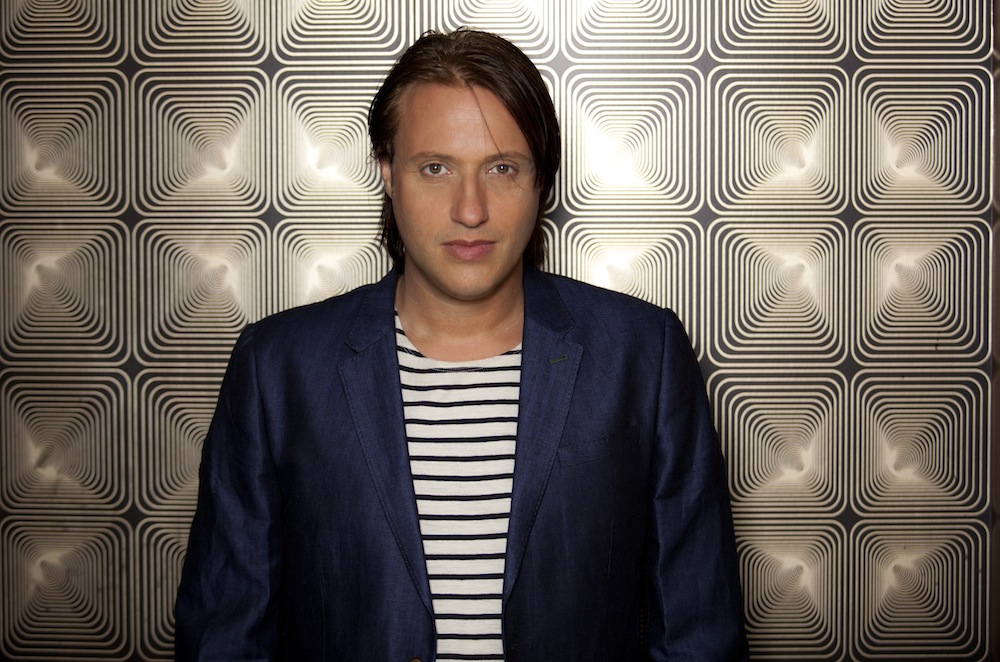 We’re pretty privileged today to share the next chapter of our YMR Guest Mix Series with you, brought to you by none other than Maurizio Colella aka EDX.

We caught up with EDX for a Q&A before he hits the road from Scottsdale right through to Chicago.  Here’s what he had to say:

YMR: You’ve played some of the world’s finest clubs/festivals to crowds in excess of 60,000 people and traveled from Miami, LA, Las Vegas, New York, Rio de Janerio, Seoul right across the ocean to Australia. What have been some of your favorite and most memorable performances and places you’ve visited?

Every month I get to visit so many great & crowed venues. If you want me to pick one from this month I definitely would go for the Beautiful People of Guatemala, where I’ve played during Empire Music Fest. It was my second time there and It will always remain one of my favorites place & crowd. So much love!

YMR: Your single ‘Cool You Off’ was released April 7th and explores some different music genres, tell us what YMR readers and your fans should expect when listening to the track?

Well, after the album it’s time for some more fresh beats, especially to slow down my music and make it somehow more sexy, but still incorporating my signature sound. It is something I’m really feeling right now. There will be more releases coming up these days. Stay tuned for my upcoming release called Breathin’ on Spinning Deep this coming June. I was able to work with the supper great vocalist Leon Palmen. There is a first teaser on my Facebook….

YMR: There has been an online outpouring of emotion with the recent passing of Chicago House legend Frankie Knuckles, who was seen as a huge influence on a lot of today’s house music DJs. Who have been some of the greatest influences on your style of music and who put you on the path to being the DJ that you are today?

There is a lot of DJs and Producer out there that have influenced my decision to go for it. When I was a young kid I was so crazy about Laurent Garnier’s music or especially his ability and vibe behind the decks as a DJ. Carl Cox was there from day one… and absolutely as well artists as Frankie (see picture from last year at David’s album release at Cielo)… Todd and Tony influenced my more classy house tunes a lot. My swiss hero back then was Djaimin. 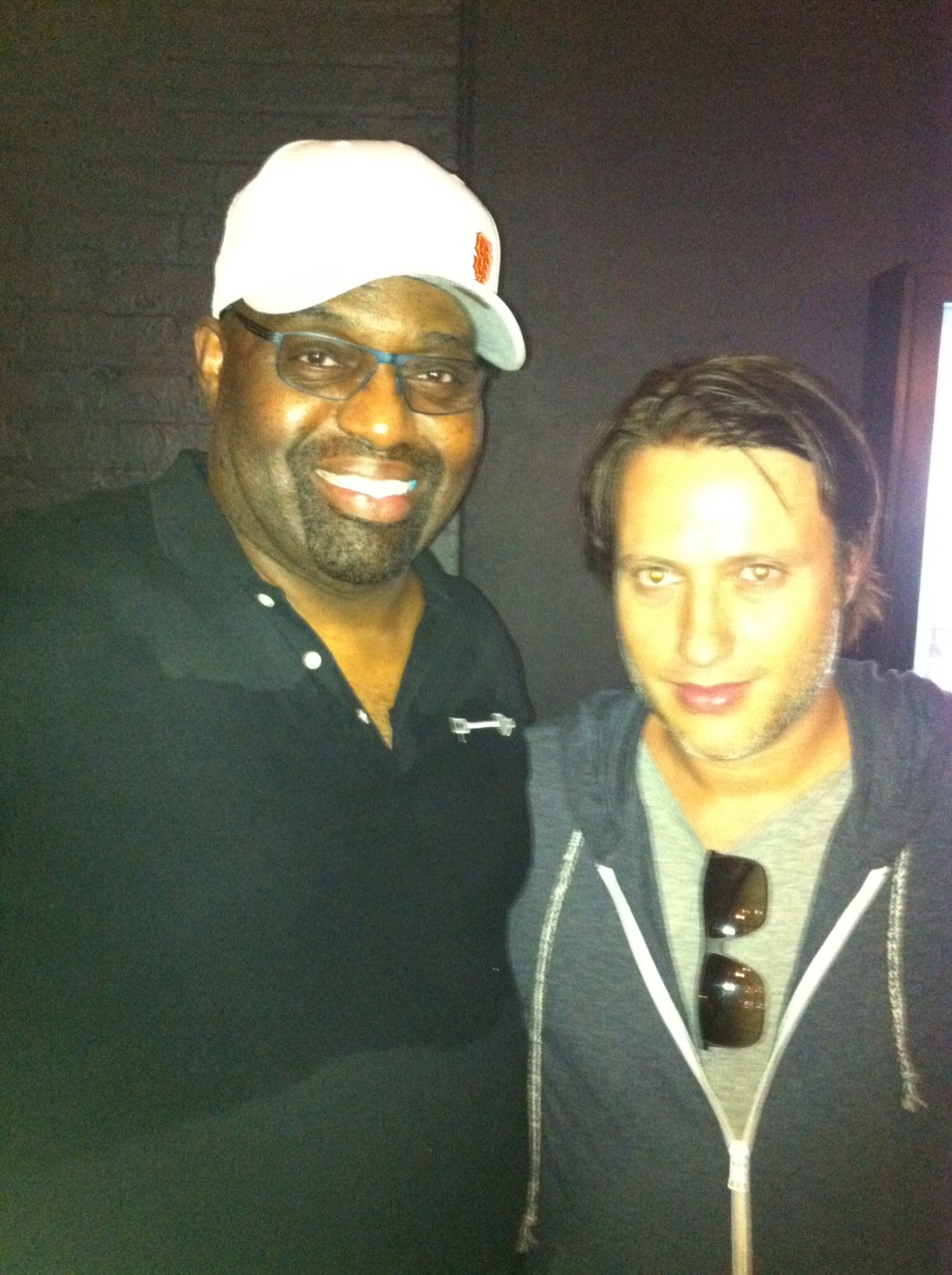 YMR: Your remix list covers some sensational and huge artists including mixes for deadmau5, Bob Sinclair, Armand van Helden, Kadkade, Roger Sanchez, Armin van Buuren and more. Is there a favourite remix that you have done that you play regularly in your set lists and always go back to?

I absolutely love my remix for Dubfire’s Roadkill, Funkagenda’s Breakwater or my remix for Armin Van Buuren’s Sound Of Goodbye. If you want me to pick a recent one, I would say my brand new remix for Cash Cash’s Lightning turned out really well too.

YMR: Do you have any favorite tracks from other artists right now that are “must play” tracks in your sets?

I really like ‘You Are My Pride’ by Nora En Pure to listen to in my car and for the more chilled moments. In the clubs I like to play Back There by Calippo, very sexy and housey record but still with the extra twist for the crowd.

YMR: Mixmag hailed you as a Genius. What other recognition or achievements have been highlights for you in your career so far?

I don’t really collect awards or highlights, all I want is to be able to do my music, travel the world and see people dancing and happy on my sets. It’s great how a DJ can bring people together all friendly on a dance floor.

YMR: At Your Music Radar we are all about the up and coming artists and DJs. Who are your ones to watch in 2014 and are there any Swiss artist recommendations that we should be putting on our music radars?

There is many of them. Let me pick some from our Helvetic Nerds family: Croatia Squad, Nora En Pure, Hailing Jordan and as well Cedric Zeyenne are the guys to watch after. I still feel very well Audien’s music, he will be really big one day!

YMR: Going right back to the start of all things music for you, what was the first record you ever bought?

Massive Attack’s Unfinished Sympathy was my first LP ever I paid for! There was others as well if we go back to K7! 🙂

YMR: When you are in-between cities, countries and DJ sets, what do you listen to and do to keep you sane when living out of a suitcase?

I have my favorites on my iPod! Lot’s of music all styles but to be sincere I most of the time work very focused while not DJing. I need some down time between the loudness of the clubs and the studio time…

YMR: If the world was going to end tomorrow 2012 style and you had to go out on a audio high, what track would you pick to be your last song?

Thoughtful question! I don’t know, maybe Missing (Todd Terry Remix), there is a few actually but this one is one of my Top 10 favs!

We have had this mix on repeat since we had it sent through.  It looks set to be also featured as part of the next EDX No Excuses Weekly Podcast as instalment 168, so get onboard this exclusive now before he releases it in a week’s time.

EDX also has this new track out on Spinnin records.  Get on it.