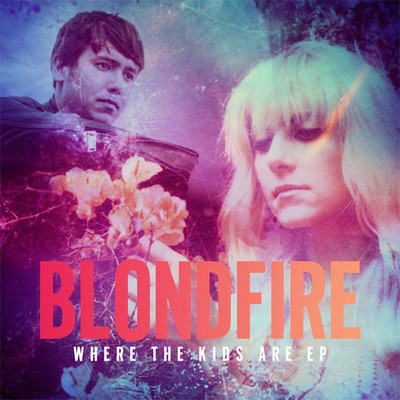 Blondfire have dropped the fresh new video for their sensational track ‘Where The Kids Are’ and if there was ever a time for you to climb out of a huge pan of spaghetti bolognese, now is the time.  Watch the video and you’ll get the reference.

Blondfire should definitely be a band that is on your music radar and if you haven’t gone out and downloaded their EP on iTunes what are you waiting for?  We recommend you do it pronto.  This band has to be one of our favourite bands right now and with good reason.  They’re awesome.

We were driving around with friends and someone said ‘I smell a bonfire’. We thought they said ‘Blondfire,’ and at first we kind of jokingly said it should be our name – but it stuck. We liked the fact that it was masculine and feminine at the same time. It represented who we are in a cool way.

Get your video fix of the new music video from Blondfire and get that pan of spaghetti bolognese boiling.