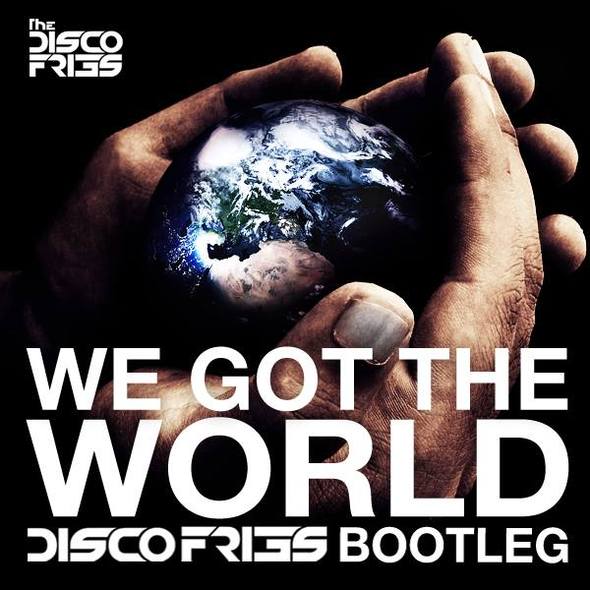 Can we get a massive WOOOOT! for the new Disco Fries bootleg ‘We Got The World’ which has dropped like an audio bomb from the heavens!

New York City’s Disco Fries have continued their sharp rise in the EDM world. From teaming up with fellow New Yorker, Tommie Sunshine, to landing a deal with Cr2 Records for their recent releases, it seems there’s little that can slow down this duo.

Now, September sees the first official ‘Fries & Shine” release with a tremendous Deorro remix, a world premiere of “Lose It” by Tiesto himself at Electric Zoo Festival and the launch of #LIFTOFFTV. The syndicated video series will kickoff with a glimpse into the antics of a few shows within the Disco Fries’ 25+ international Liftoff Summer Tour that recently wrapped at Pacha Sydney in Australia. Episode 001 is directed by Miles Evert who is known for his work with Krewella.

To show their gratitude, they’ve been so kind to hand over a new bootleg: Icona Pop x Audien, Mercer, & Promise Land “We Got The World [Disco Fries Bootleg]”