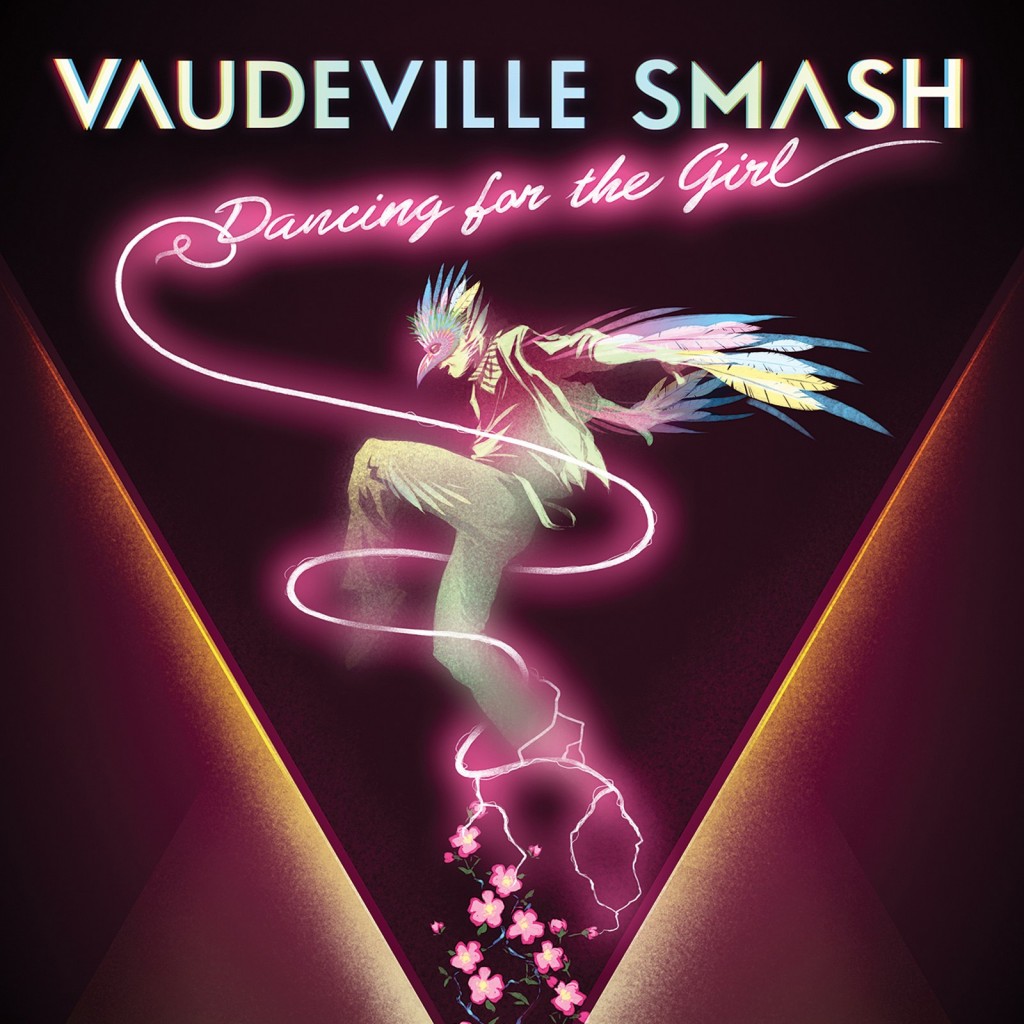 Australia’s Vaudeville Smash have dropped their brand spanking new album Dancing For The Girl and for a band that have a track record in fun and carefree sounding tracks, this album is a mature and diverse offering that may surprise some Australian media and fans alike.

After a very hard working first quarter of the year with single launches, road trips to SXSW in Austin, Canadian Music Week in Toronto and continued Aussie BBQ gigs in New York, It’s a wonder that the Lucchesi brothers have had time to release the new single ‘Don’t Say A Word’ and their album too.

The big thing to take into account with all of the above, i.e. the momentum they are gaining and the production of this album is…they are completely independent and unsigned. Everything has been funded by the band and they have done everything the hard way without any backing from labels, etc.

Before we get started on the audio content, how about that album artwork folks. Beautiful and stylish! Now for the audio goodness!

Album opener ‘Ghouls’ is a track that harks back to the sound of classic Sister Sledge and Nile Rodgers which is perfectly timed seeing as that album from the robots is due out soon and they’ve picked an era of music that is prime Vaudeville Smash territory. It also has to be said that the track ‘Ghouls’ is a track that should be snapped up for the Ghostbusters III soundtrack when the film is due out next year (take note publishers). Perfect ghosts and goblins fodder.

Next up, we kick into what could be described as not only a power house of a track but one that could surprise die hard VS fans as a track that on first listen doesn’t sound like a trademark VS track. It’s a sure fire summer anthem (wherever you are in the globe) and ‘Don’t Say A Word’  deserves to be picked up by mainstream Australian radio.  It’s criminal that it isn’t getting airplay yet.

Another album highlight is the title track from the album. If there was ever a lazy summer day track to play when your cabriolet has its top down, ‘Dancing For The Girl’ is that track. It deserves repeat listens.

We will let you decide the many other album highlights for yourself with the album below. We can definitely say that the album releases ‘Best Night’, ‘Look At Me’ and ‘Don’t Say A Word’ are up there as classic smash tracks. Saying that though, you also have to sample the audio smorgasboard of delights with other tracks such as ‘Devil Said’, ‘Sailor Moon’ and album closer ‘Time’ which sounds like a Bill Withers inspired sunset track.

Vaudeville Smash are hitting the road for their album launch in June but before then they wil soon be jetting off to Singapore for Music Matters 2013 (22nd – 24th May). It is definitely a hard working 2013 for Vaudeville Smash and we have our toes, fingers and everything we can crossed for this band to crack it this year.  I Got That Feeling you know. 5, 4, 3, 2,1 let’s go!

Check out their tour dates via Songkick HERE.